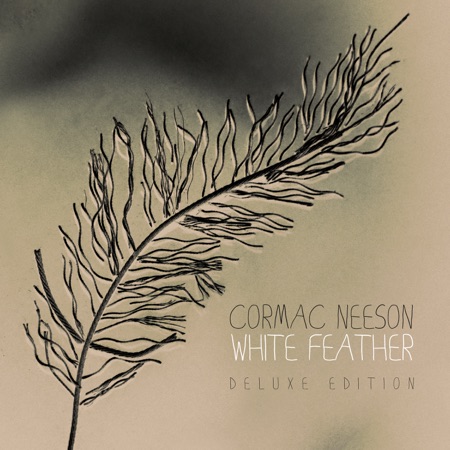 The original 2018 White Feather album, a former top 5 success in the UK national Country album chart, was a limited CD release back in April 2018. All copies of the new deluxe and Vinyl versions ordered via Cormac’s webstore will be personally signed by Cormac as a special thank you to fans for their incredible patience and support – Buy Here!

The White Feather Deluxe Edition was originally going to be supported by a 14 date UK & Ireland songwriter club tour, but sadly, has now been cancelled due to the ongoing uncertainty in the live sector caused by the continuing Covid-19 pandemic.

As a result Cormac will be putting on a very special live streaming event on Thursday, November 5, from Hillview Studios Northern Ireland during where he will perform with his band in situ supported by personal interviews. Then on Saturday, November 7, the 32nd edition of his incredible Facebook “Cocoons” live performance ‘in the round’ event will take place with artists from Australian-based Social Family Records. “Cocoons” is an international songwriter / performance event which Cormac started back in April 2020 and has now grown to over 3,000 members from all over the world, with a weekly selection of 5 artists usually performing two songs each on a Saturday evening ‘in the round’.

The Deluxe Edition of White Feather is 16 tracks including two brand new studio recordings, three bonus tracks and the new radio mix of Do Something Today. Originally released only as a 10 track limited edition, the original album received critical acclaim across the board, one that will sit easily alongside the classic singer-songwriter narrative albums.  Featured on all editions is Cormac’s new single, Sweet, Gentle, Love.

Check out the video for ‘Do Something Today’