The inimitable COREY TAYLOR has announced his very first UK shows with his solo band. The dates kick off at London’s legendary Palladium on 17th October and include a special gig on Friday 21st October at the pre-party of the For The Love Of Horror convention at Manchester’s BEC Arena.
Taylor tells us:
“It’s been too damn long since I’ve been to My Island. I miss my people. And I’m bringing the party with me. Along with my band the Morning Dudes, and Mrs. Taylor and her Bombs, we are going to make up for almost 3 years absence. See you F*@kers soon!!!!” 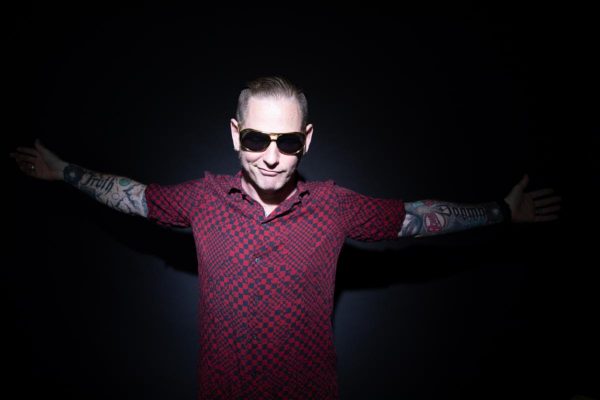 Tickets for London, Hull and Swansea go on general sale at 10am this Friday 18th March, with artist & O2 pre-sales and Live Nation pre-sales going live at 10am on Wednesday 16th and Thursday 17th, respectively. Tickets for the Manchester event will be available via this link.
Mon 17th Oct – LONDON Palladium
Wed 19th Oct – HULL Bonus Arena
Fri 21st Oct – MANCHESTER BEC Arena *For The Love of Horror Pre-Party*
Mon 24th Oct – SWANSEA Arena
Corey will also be a special guest at the For The Love Of Horror Convention at BEC Arena across the weekend of 22nd-23rd October.
Alicia Taylor is equally excited to bring the CHERRY BOMBS’ incendiary live performance to the UK for their very first time, commenting:
“Crossing the pond to reach our fans in the UK has been a dream for many years, and I am ecstatic to finally have the opportunity! We will be bringing all of the daredevil arts we are known for, as well as kickass music, and a good time for all!”
You can get the lowdown on the CHERRY BOMBS day-to-day via the latest instalment of their ‘Girl Gang’ YouTube series, now on Episode 1 of Season 4.
Corey recently released his CMFB…Sides EP, comprising 9 unreleased tracks; B-sides, cover tunes that inspired his solo band, acoustic renditions and live versions. It is available now to buy or save on all streaming platforms. Check out the lyric video of their spirited cover of John Cafferty & The Beaver Brown Band’s ‘On The Dark Side’ at the link below. 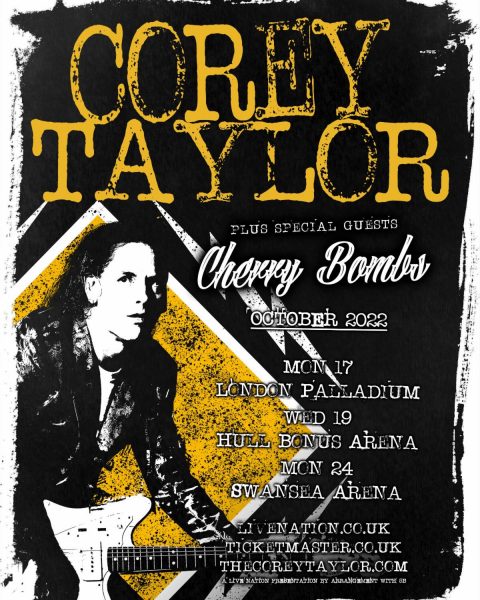