An acquaintance of mine was regaling me recently with the details of their visit to their GP where they had to have their ears syringed. While merrily waxing lyrical about the orifice opening outing, I did feel like suggesting you could have saved yourself a whole load of bother and just gone to see Conan instead.

The overall result would be pretty similar, although watching the battle-hardened Merseyside warriors come close to reducing the Rainbow to dust was almost certainly a more enjoyable experience.

As frontman Jon Davis took time to remind the crowd, Conan’s Rainbow return followed their slot here back in November when appearing alongside a number of other stoner and doom bands for the Paul Van Linden fundraising show, which followed the sad passing of the Grimpen Mire vocalist earlier last year.

Conan’s return to Birmingham came at the tail end of their extensive UK tour, which itself followed fast on the heels of their most exhaustive US tour to date – both in support of recently released third album Revengeance.

Accompanying them on their jaunt across the UK were The Bendal Interlude, whose impressive debut album Reign of the Unblinking Eye (reviewed here) was released last month on Black Bow Records, which is owned by Conan frontman Jon Davis.

The Bendal Interlude’s Conan connections travel even further back in time as they actually supported Conan on the night of their first ever gig in Liverpool.

The Bendal Interlude’s album is an effervescent energy fuelled delight and so it was no surprise at all to see those qualities to the fore at the Rainbow. Opening their set with ‘Buckfast For Breakfast’, the first song off the album, The Liverpudlians displayed much the same edge and enthusiasm as fellow Lancastrians, Pist, albeit with a touch more sobriety.

Frontman Nat has a terrific grizzly growl while Stu carves out some soaring riffs of such vigour that attempting to resist them would be akin to trying to herd an escaped bull back into his field armed solely with a tickling stick and a prayer book.

At times watching The Bendal Interlude felt as though you were being served a platter of Scouse sludge on a silver salvo. Most of the songs were of course from Reign of the Unblinking Eye, although one older number, the heavy roller ‘Mousetrap’, also got an airing, while the Rainbow crowd were also the first audience on this tour to hear the stomping song ‘Pint of Bodies’ from the album.

The Bendal Interlude have been taken under his wing by Jon Davis and judged on the album and now seeing them perform in the flesh, it’s not difficult to see where his confidence in them emanates from.

Headliners Conan are no strangers to Birmingham. As alluded to earlier, they are notorious for performing at challenging volume levels that border on the psychopathic.

Opening number ‘Throne of Fire’ from Revengeance, reflects something of a shift in tempo on the new album where on several of the songs endurance levels are played down in favour of an energy booster.

Conan’s army of followers were of course brought up on that diet of crucifyingly repetitive grooves and one of the best, ‘Hawk as a Weapon’, surfaced next, at which point every head in the Rainbow started to involuntarily jerk up and down.

Jon immediately beckoned the crowd to shuffle a few steps forward and they duly obliged. Fashionistas in the crowd would have noted Jon’s now sporting a ginger face-warmer bushier than a squirrel’s tail, while at the same time dispensing with his trademark cap/hoodie combo – although bass player Chris Fielding is doggedly remaining faithful to the original ‘Conan look’.

While Conan’s early days were all about battles won and lost, they are moving into new directions with their songwriting as reflected in ‘Thunderhoof’, a track penned in tribute to their first and trusty tour bus.

Finding their rhythm perfectly, Conan kicked straight into ‘Back to the Swamp’ during which you did pretty much feel as though they were pulling you under. The album’s title track ‘Revengeance’ again saw the tempo shift slightly upwards before unleashing one of their most uncompromising crushing machines, in ‘Foehammer’.

By now you could almost detect fragments of skull on the Rainbow floor as Conan’s full inexorable power started to do its stuff. By the time the trio launched into set closer ‘Earthenguard’, you almost expected the Rainbow cleaning team to arrive with brush and pan to sweep up the debris.

With Chris Fielding joining Jon on vocals the sheer force of this most monstrous closer was close to frightening and when the reckless pounding from drummer Rich Lewis, along with dual guitar battles being fought by Davis and Fielding, showed any sign of subsiding the room filled with a distorted feedback fuzz to play further havoc with our by now beleaguered senses.

Local quartet Garganjua, whose set I just caught the last few of songs, had earlier set the first riffs of the evening in motion with a dynamic sledgehammer sound.

At times doomy and introspective, Garganjua are not though without a heart and when they open it to allow some scintillating shards to pilferate their sound the whole package comes together deliciously.

Full marks to Surprise You’re Dead promotions for ensuring that Birmingham didn’t miss out on the Conan tour. They have a number of interesting shows on the horizon, among them Canadian cult doomsters Blood Ceremony back here at the Rainbow this Saturday (30 April). 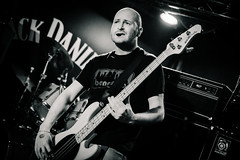 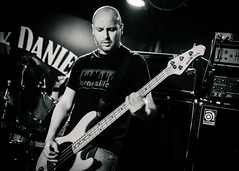 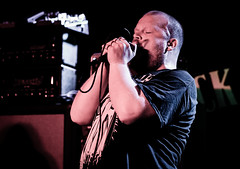 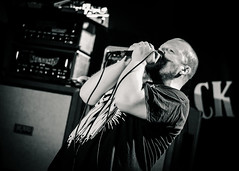 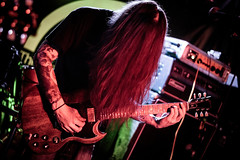 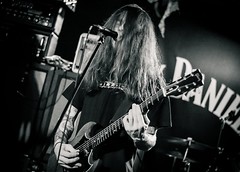 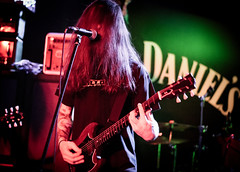 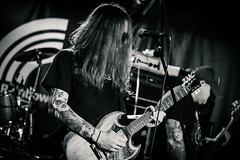 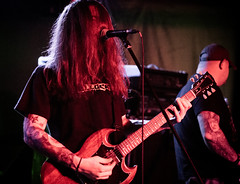 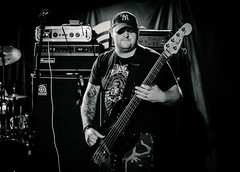 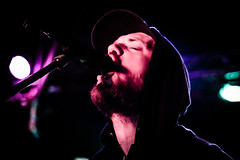 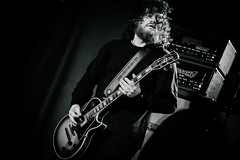 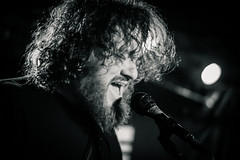 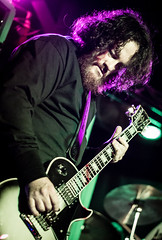 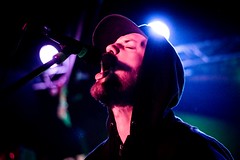 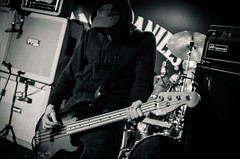 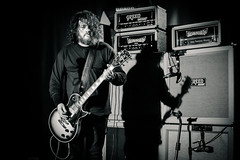 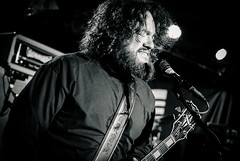 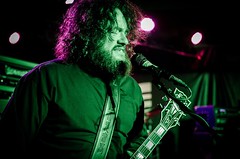 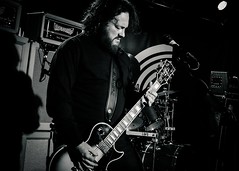