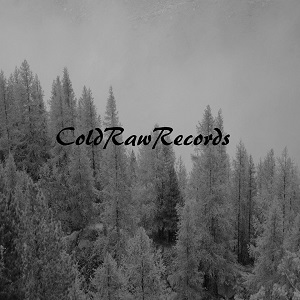 Underground label Cold Raw Records specialise in digging up black metal from across the globe, the more obscure the better, and Midlands Rocks’ Paul Castles checks out three of their recent releases. From Morocco we have Abnabak, from Norway are Midnattsvrede, and from France come DASAP. Charming. Click the band names to go directly to the review.

Abnabak – Under The Mask Of Humanity EP

Black metal reaches into nooks and crannies across the planet although it’s fair to say most of us haven’t come across too many exponents of the dark craft from Morocco. Enter Abnabak with Under The Mask Of Humanity which is not really what you would expect to hear emerging from north Africa. The four-track EP is a one-man enterprise and its creator Aggor clearly draws his inspiration from the likes of Mayhem, and there’s certainly nothing wrong with that in my book.

All four tracks gallop along at a tidy clip. This isn’t just solemn swathes of darkness, there’s light peeping through as well. Vocally Aggor mostly adopts a slow gravelly tone which set alongside some pounding drumbeats and neatly woven guitar segments takes it towards Burzum territory. Without knowing much more about Aggor’s background it’s not easy to know how the sounds of the Norwegian fjords and forests infiltrated the land of the fez. This though is a pretty good stab at early black metal.

Listening to Norwegian black metal is rarely time wasted so it’s no surprise to learn that this EP from Midnattsvrede is 15 minutes well spent. In the tradition of its many forefathers Demo 13 is a dark and twisted affair simmering with evil intent. Midnattsvrede – which translates as Midnight Wrath – first emerged in Oslo in 1994 with their three-year stint resulting in just one EP. After a hiatus of more than 15 years Ole Teigen reassembled the band under the Midnattsvrede moniker last year, although this five-track ‘Demo 13’ EP is more or less all his own work. The tone is fairly traditional bleak and desperate with barked vocals penetrating the chill air.

The first number, ‘Hollow Corpse’ has quite a lively rhythm with a vibrant percussion. This is followed by a sorrowful instrumental moment of reflection, silky harmonies and wispy interjections before the dark storm clouds circle overhead again for ‘Det voldelige rav’ which carries a Burzumesque ambience. Midnattsvrede are now a four-piece and they’ve just had an EP released through Cold Raw Records called Ripe Fruit on the Gallows Tree. I will certainly be keen to check this out having enjoyed ‘Demo 13’

DASAP hail from France and serve up a creative aural carnage not dissimilar from their esteemed countrymen Svart Crown. This self-titled EP comes in at around 25 minutes and features six pounding tracks that seek to permeate your cranium and turn the contents upside down and inside out. Songs such as ‘At Last’ are pretty destructive stuff but carrying a layer of twisted textures that intrigues and inspires in equal measure. When you’ve got song titles such as ‘Totally Insane’ you know you’re in for a rough ride from this Gallic gorehound. ‘Deny Failure’ kicks in with a thunderous riff that sounds like a volcano coughing up burning hot lava.

Although Cold Raw’s bread and butter is old school black metal, DASAP doesn’t really fit into the church burning corpsepaint category. What this enterprising one man venture does do is unleash a dirty dirge of black sludge that once engaged with is hard to shake off. This EP coincides with another release, Don’t Worry It Will Be Worse, which should also be worth a spin is it’s anything like this feral beast. 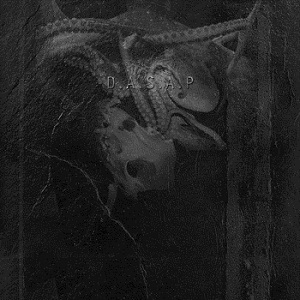