For Code, it seems that the boundaries that (attempt to) separate musical genres exist in order to be exploded and exploited in the name of music and creativity. Shifting between the intelligent design of prog, the mind-bending skew whiffery of avant-garde, the burning fires of black and death metal, as well as the melodic and the emotive, the UK’s Code have proven themselves at various times throughout their career masters of their craft and plotted a very interesting developmental curve since their 2002 beginnings.

What distinguishes this album is the band’s refusal to impose their individual and collective limitations upon it. Proving himself an accomplished and versatile vocalist with his debut appearance on Augur Nox, again Wacian moves across a broad range of emotional and impassioned styles to enhance his intriguing lyrics and beautifully fashioned melodies. His performance is theatrical, moving, and so very beguiling, so much so that he easily becomes the album’s dominating force.

Code is certainly an adroit collective, one that has long-since learnt that no matter how great the singer, that greatness can only manifest within the context of great songs. Here, the music is both the musician’s guide and goal with each member adapting themselves to its needs. As they roll back the distortion and the volume and eliminate any trace of black metal – a genre that has served them very well in the past – in favour of a more subtle and subdued approach, it’s also the album’s downfall. Most times appearing to be a vehicle for Wacian’s enthralling performance, the album is left wanting.

During their career, Code has gleaned much from their musical explorations and experimentations, their sound has always been their own and with each release they have continued to grow. Since 2013’s Augur Nox, still a formidable album, Code has grown considerably. The problem is not the musicians, the musicianship, or the apparent compositional skills that this band harnesses, because this is a fine album. But were the balance between intelligent design and emotional and experimental weight occasionally tipped more heavily toward the latter then Mut would have been a more rounded piece of work. 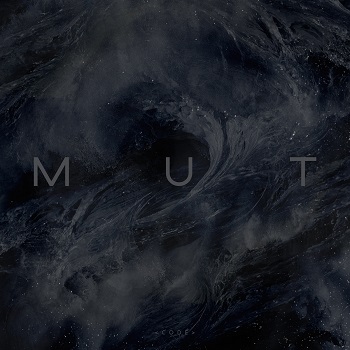