Formed in Germantown, Maryland in 1991 Clutch have been pioneering a unique brand of space rock for three decades. Collecting three albums (plus a bonus disc) Songs Of Much Gravity…1993-2001 is not only aptly titled, it’s a timely release that celebrates their pearl anniversary and shows why Clutch remain leaders in the field.

Clutch aren’t a band who deal in subtle shades or mess around with quaint introductions and opening salvo ‘A Shotgun Named Marcus’ arrives like a grizzly bear with a sore head. Released in an age when alternative music was polarised between hardcore and grunge there’s something reassuringly metal about Transnational Speedway League and ‘Shotgun’ proceeds to bounce hyperactively from speaker to speaker as Clutch deliver a hard hitting sound that leaves the listener slightly dazed and punch drunk.

Imagine the illegitimate love child of Black Sabbath and Corrosion Of Conformity and you’d have something approaching the sound contained herein; it’s brutally heavy yet it swings with an inherent groove. Tracks like ‘Binge And Purge’ make good use of musical dynamics as a lumbering, torturous riff suddenly bursts into life and the sonic shift is quite startling. Neil Fallon’s vocals follow this switch and evolve into a visceral scream while drummer Jean-Paul Gaster attempts to nail his kit to the studio floor. As with much metal from this era there’s a distinct lack of guitar solos with Tim Sult relying on changes in timbre to create atmosphere which, combined with his humongous riffs, adds to the overall level of heaviness.

Transnational Speedway League draws lyrically inspiration from hillbilly culture (‘12 Ounce Epilogue’, ‘Walking In The Great Shining Path Of Monster Trucks’) and it creates a feeling of someone not quite at home which, of course, perfect suits the music. Despite being aided by a huge production ‘Heirloom’ manages to create a sense of claustrophobia; four walls slowly closing in and final track ‘Effigy’ slowly tightens the noose and offers little in the way of redemption. Transnational was a solid foundation on which Clutch built their career.

An eponymously titled album (that’s not a debut) usually signifies a rebirth or change in direction and while there’s no radical departure here Clutch finds a band taking a few risks and expanding their sound. Opener ‘Big News I’ evidences a more confident Clutch with a handful of tunes that are less cluttered than those which appeared on Transnational and the backwards masking that segues into ‘Big News II’ is a smart move and bright ideas echo throughout Clutch.

Invention is the key word here as Clutch finds the band honing their stoner and blues credentials whilst incorporating elements of funk and heavy psych. A nice mixture of the antiquated and modern Clutch weld the rage of Korn and the punch of Rollins Band to a classic rock vibe which ensures tracks like ‘Texan Book Of The Dead’ arrive with all fists flying. Funk and southern rock are placed in a particle collider on the bumpy ‘Tight Like That’ and the result is surprisingly good. In Neil Fallon Clutch have the quintessential confrontational frontman and he often gets right in the listener’s face and barks his vocals like a demented preacher and the ferocious ‘Animal Farm’ is the perfect vehicle for his parade ground shout.

With a warm, rich, treacly production Clutch has stood the test of time very well and as testament to its staying power many of these cuts are still in the bands live set. With its circular drumming ‘Droid’ draws you deep into a bottomless void before ‘The House That Peterbilt’ blasts off with G-force. Heavy on the retro organ ‘Tim Sult Vs. The Greys’ is a closer that sails away into the ether amidst soaring guitars and ends the album on a suitably sombre tone. Often seen as the band’s pinnacle there was a danger that Clutch peaked too early with this release but, amazingly, there was more to come.

Before Clutch album number five (Pure Rock Fury) the band self-released a collection of tunes titled Jam Room. That was a tight-but-loose affair which found the band playing heavy tunes with an almost jazz sensibility and that’s the vibe they bring to Pure Rock Fury. Although vocalist Fallon has described this as his least favourite Clutch album he’s being unnecessarily harsh, it’s still heavy as hell but it finds the guys refusing to stagnate and for that they gain much kudos.

Opening to a wall of glorious feedback ‘American Sleep’ kicks Pure Rock Fury into life and makes sure it’s an album that lives up to its moniker. An extended guitar solo is a welcome addition and the whole band rip it up like it is 1969. Perhaps the greatest development are Fallon’s vocals, he’s added lots of inflections and even veers into rap territory on ‘Careful With That Mic…’ (a surprise hit for the band when released as a single). It seriously amps up the funk (think Primus) and could quite easily swing with Funkadelic’s Maggot Brain opus. Full of peaks and troughs ‘Smoke Banshee’ swings with an inherent groove and juxtaposes nicely with the lumbering ‘Frankenstein’. A live version of ‘Spacegrass’ closes the album and places Dan Maines’ bass rumble centre stage and it’s guaranteed to blow your tweeters.

Pure Rock Fury is an album that features guest spots from Scott “Wino” Weinrich (The Obsessed) and Leslie West (Mountain); two polar opposites who illustrate what an expansive range of influences from which this record drew its influences. Sixty minutes chock full of skull crushing riffs makes Pure Rock Fury (and this whole set) not only an essential purchase for stoner freaks but for fans of molten metal too.

It’s nice when bands serve up fresh kill and invest a lot of effort on b-sides and bonus cuts rather than just churning out cover versions and live tracks. This fourth disc is a veritable treasure trove that spills its delights and the quality is so high it could quite easily stand alone as an independent album.

‘Tight Like That’ was a definite highlight of the Clutch album and it sounds equally good in edited form. In fact it becomes more direct and immediate in its shortened form. Revealing a melody that was buried on the original it now sounds less cluttered and the chorus is delivered like a gang of Vikings on a rampage. As with the other albums contained here this disc is a multifaceted affair and ‘Apache’ is an elongated workout that has a touch of desert rock (Kyuss, Yawning Man) and evokes images of golden sands beneath a bruise coloured sky. Likewise, ‘Guild Of Mute Assassins’ employs lots of studio wizardry to deliver a masterclass in heavy psychedelia. An extended version of ‘Frankenstein’ breathes life into an already classic tune and it’s 13 minutes allows all the band members to display their various talents.

If you are already a fan of Clutch then this set will take pride of place in your collection or if you’re wondering what all the fuss is about there’s no better place to start than Songs Of Much Gravity…1993-2001. 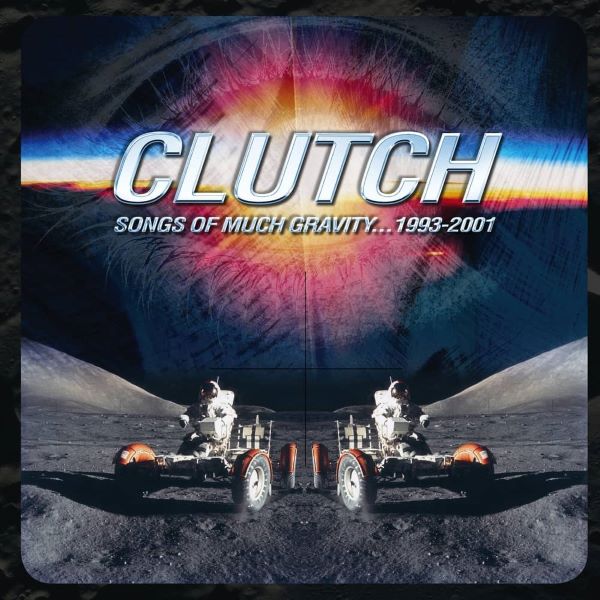