It’s been almost twenty years since Clive Nolan (Arena/Pendragon) and Oliver Wakeman (Yes/Strawbs) collaborated on their last epic soundscape but finally they reunite to release Tales By Gaslight. The 3 CD box set is not a completely new effort but brings together the sum of their endeavors to date. The box set includes remastered versions of the two previous albums The Hound Of The Baskevilles and Jabberwocky along with an additional CD titled Dark Fables. The additional disc contains music which was destined for the abandoned follow up to THOTB based on Mary Shelly’s Frankenstein along with extract of unused material written for the first two albums. It also contains a 16 page booklet and art prints of the cover art from all three albums.

So I will approach this chronologically with 1999’s Jabberwocky up first. Inspired by the Lewis Carroll poem of the same name this is far from the work which the two keyboardists display within their respective bands so do not expect Arena meets Yes. With Rick Wakeman (Oliver’s Father) supplying narration for the piece it is very much a story based projects although music is always front and centre. The stellar cast of musicians on display include Ian Salmon (Arena/John Young Band), Peter Banks (The Syn/Yes), Bob Catley (Magnum/Hard Rain), Michelle Young (Glass Hammer), John Jowitt (IQ/Arena), John Mitchell (Froth*/Lonely Robot), John Jeary (Threshold) and Tracy Hitchings (Landmarq).  Unsurprisingly following the brief narrated introduction we are straight into a big keyboard/synth ‘Overture’ before Bob Catley’s distinctive vocals take centre stage. Anyone familiar with Catley’s work with Magnum or his solo albums will be more than comfortable at this point but following another short narration things go a little more Broadway for the next segment until the ‘Shadows’ section which gets very orchestral. Being a huge Magnum fan the highlights for me are the Bob Catley/Tracey Hitchings duet ‘Burgundy Rose’ and ‘The Mission’ which are outstanding. If you like the style of the tales portrayed in Oliver’s fathers work such as The Seven Wives Of Henry VIII or Journey To The Centre Of The Earth or even ELP’s Karn Evil 9 you are sure to enjoy Jabberwocky.

Disc two contains the pairs interpretation of Sir Arthur Conan Doyle’s Sherlock Holmes mystery The Hound Of The Baskervilles (2002). Short narration (this time by Robert Powell) and a big keyboard ‘Overture’ are once again the order of the day as seems norm within this genre of theatrical music. Many of the musicians from the Jabberwocky cast return for this second outing but what changes here is the increased narration and storytelling within the vocal sections. Whereas on it’s predecessor where the flow of the album had minimal interruptions here the narration and more scripted lyrics give the whole thing a more The War Of The Worlds meets “Les Phantom” vibe especially on tracks like ‘The Argument’ with it’s multi vocal approach. Once again my high point is supplied by Bob Catley in the shape of ‘Shadow Of Fate’ although the Meat Loaf/Steinman tint on ‘A Home In The Mire’ also warrants a mention. So if you are looking for an alternative to TWOTW you’ve found it.

With these first two releases you get quite different experiences of the Rock Opera but despite opening with three unused tracks from the previous releases I personally think Dark Fables works really well as a more traditional album with its lack of narration (although it closes with Rick Wakeman’s reading of  ‘The Jabberwocky’). The individual songs seem so much stronger without the punctuation and interruption of the spoken word. Even with the ‘Overture’ still present with it’s ‘Mr. Crowley’ heaviness it works so much better than on the two fully realised albums. Onboard for the new recordings are such talents as Andy Sears of Twelfth Night and Gordon Giltrap so the skill level remains high. With tracks as strong and diverse as ‘Elizabeth’ and ‘Why Do You Hate Me?’ this for me is the most enjoyable collection of songs on Tales By Gaslight.

Clive Nolan is well known for his epic tales brought to life in album form and for his fans this will be an absolute smorgasbord. If however your introduction to these two talented exponents of the ivory keys has been via their band efforts you may have to cherry pick your moments from within this collection of symphonic wizardry. Available to pre-order from Burning Shed with the first 250 copies including a limited edition 4th art print signed by Nolan and Wakeman… or maybe just dust off your old copy of The War Of The Worlds (It’s A Classic!). 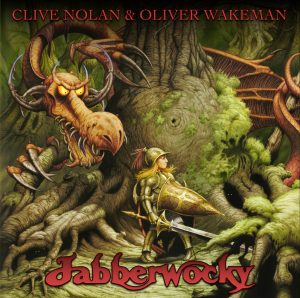 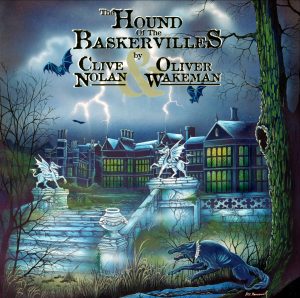 HOUND OF THE BASKERVILLES 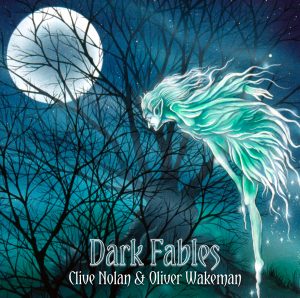 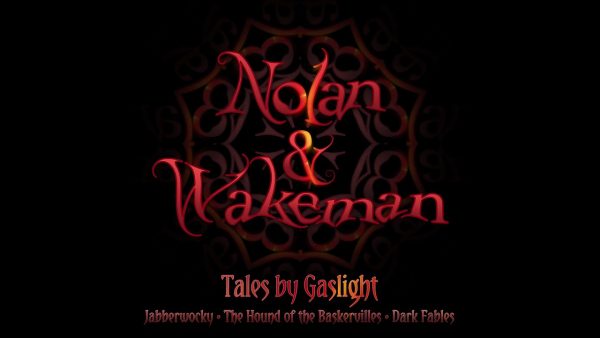