Another reissue from the Midlands’ band…

Even as the Seventies edged toward the Punk years, the currency of popular music was the single. Exquisitely constructed albums could be dismissed by the “I don’t hear a single” complaint from the A&R man. An “It’s A No From Me” precursor to an industry cliché that became just as deeply ingrained in popular culture. City Boy‘s first two releases, City Boy and Dinner At The Ritz, produced four singles, none of which charted, condemning the albums to bargain bins everywhere. But such was the label’s confidence in the band and their producer, Mutt Lange, that they funded a third album.

With this third outing, Young Men Gone West (1977) the clue is in the title. There’s a strong US pop influence evident on several tracks here. The brisk beats and blue eyed dance-floor soul of ‘Bordello Nights’ and first single’s ‘She’s Got Style’s chirruping Westcoast soft rock…both mix well with the rubbery rock’n’roll rhythms of ‘Bad For Business’ and the Reggae flavoured radio rock of ‘I’ve Been Spun’. Even then, these more accessible songs just don’t do justice to this band’s talent and creativity. The real highpoints come later. There’s a touch of Randy Newman to the cerebral pop musings of closing track, ‘Millionaire’. It’s a song steeped in melancholy, drawing blood with sharp metaphors, while on ‘One After Two’ loneliness is masked in humour and the faux sophistication of lounge rock.

A fourth album followed, Book Early (1978) and everybody’s patience was rewarded with the success of breakthrough single, ‘5705’. It picks up on all the best bits from the band’s more successful peer group, channelling Mott, Sweet and ELO, though Lange does his best to mould it into something unique. Subsequent singles, ‘Summer In The School Yard’ and ‘What A Night’ failed to chart. Neither was the album the critical success that previous releases enjoyed. In attempting to pin down a sound that reflected the commercial success of other bands at the time, the band’s own identity became diluted and derivative. Still, ‘5705’s success on both sides of the Atlantic was enough to earn them a major tour supporting Hall & Oates.

Arguably, it’s one of the two bonus tracks that gives this reissue real historical value. Specifically, ‘Turn On To Jesus’. It was released as an A-side in other territories, but did not appear on the album. Well, actually it did. This track is the original, pre-lyric change ‘5705’. On hearing ‘Turn On To Jesus’ the label loved the song, but judged the lyrics unsuitable for mass consumption. Thus, the lyrics were rewritten. Pity, the first attempt’s emphatic, universal message hits much harder than the story of a missed telephone call. The band went on to make three more albums before splitting in 1982. 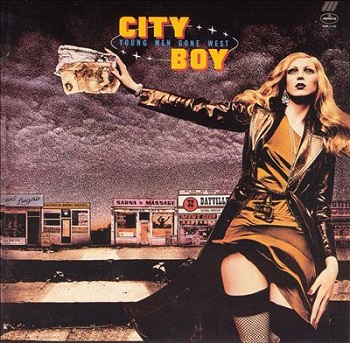