An album to keep you guessing…

Circu5 is the project of multi-instrumentalist Steve Tilling, who has played in various bands and with quite a few well-known musicians over the years, but this is his first solo project. As might be expected, he plays most of the music himself, with the assistance of Alan van Kleef on drums, and there are also guest appearances from Dave Gregory (XTC), Phil Spalding (Mike Oldfield Band), Johnny Warman (Peter Gabriel) and Andy Neve (Steve Hackett Band). The project is said to have taken five years to complete, which would account for one of my own initial impressions of the album, which I’ll come to later, and, as Tilling himself says, the writing reflects some of the ups and downs he has experienced in his own life.

This is a concept album, telling the story of a child raised to be a psychopath by a secret government organisation, and how the central character discovers the truth about his background and how he deals with the consequences. I presume that part isn’t autobiographical. I also have to say that, for an independent release, the CD version of the album is superbly packaged, with the disc included in a hard covered 28-page booklet, complete with lyrics and images to complement and illustrate the music. It’s obvious that a lot of time and care has been taken in the presentation of the album, which is to the credit of everyone concerned.

Musically, the one thing that strikes you is that it’s an album that rarely stays in one place for a moment, moving through a number of different styles. On the one hand that can be a good thing, but it also means that it becomes an album that lacks a clear identity or consistent style. The opening track, ‘Coming Home’, nods to English folk music, with echoes of Jethro Tull and Fairport Convention, but this moves straight into ‘My Degenerate Mind, which has a strong Foo Fighters influence. ‘Stars’, the third track’, continues the Foos theme, but this has a heavier riff and a really good hook, and is probably the best track on the album. The next track is ‘Days Exposed’, which is only just over a minute long and comprises a spoken word lyric over a half prog, half electronica background, whereas ‘Blame It On Me’ is another commercial rocker, but not quite the quality of ‘Stars’.

‘The Amazing Monstrous Grady’ is another standout track, with a strong It Bites influence, which is no bad thing, which leads to the lengthy suite of songs that provides the climax to the album, ‘The Chosen One’. It has five parts, including two lengthy sections and three shorter ones. The first of the longer parts, ‘Transfiguration’ has a King Crimson influence, particularly in the instrumental sections, with some highly enterprising and imaginative time changes, while ‘Resurrection’ has a stronger classic Prog sound, with shades of Yes.

The problem with an album that has so many moods and influences is that it can lack a distinct identity and continuity, even a concept album like this, and I suspect the length of time the album took to record partially explains this. It’s sometimes good for an album to keep you guessing, but this is an album that needs to be listened to and one that might need repeated hearings for it to properly sink in, not to mention one that may put some off with its frequent changes of style and mood, which makes me wonder how many will be have the patience to give it a proper chance. Steve Tilling has made an ambitious and accomplished album, definitely, but it’s one that make you work to appreciate it. 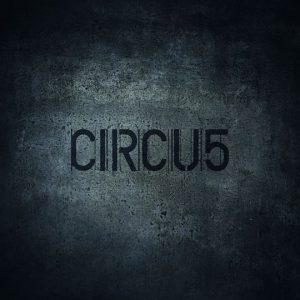