West London mob Chubby and the Gang return with their second album The Mutt’s Nuts and in true punk style it documents life from street level. Inept government policies, social inequities and police brutality are all set firmly in Chubby’s sights and if all sounds a bit studious, fear not because the band sugar the pill by wrapping these themes in delicious melodies.

Chubby and the Gang are a band on a mission, and they waste little time on introductions or preliminaries just title track ‘The Mutt’s Nuts’ which arrives like a bullet from a smoking chamber. It’s a slab of hardcore fury that’ll melt your speakers (in the best way, of course) and says all it has to in 110 blistering seconds; it’s a busy world out there’ you’ve got to hit people and then move on. Full of pounding drums, spiky guitars and throat-shredding vocals ‘The Mutt’s Nuts’ certainly lives up to its title and is rowdy enough to wake even the most ardent somnambulist. With no signs of slowing down ‘It’s Me Who’ll Pay’ follows and it’s a classy call-to-arms that’s powered forth by a bowel loosening bass rumble and contains some sassy lyrics that cut like barbs.

Despite hailing from London, there’s nevertheless a strong American influence in the band’s sound. Like punk from across the ocean there’s a focus on melody that ensures however raucous Chubby and the Gang get there’s a song structure that infers earworm status meaning these tunes will bounce around your cranium for several days. Like a bear with a sore head latest single ‘Coming Up Tough’ injects a nice change of pace into proceedings and, trading speed for power, it gives the riff room to breathe and subsequently the band sound absolutely massive. Fucked Up’s Jonah Falco has done a great job producing this record and he’s buried all sorts of nuances in the mix that’ll slowly reveal themselves which means The Mutt’s Nuts will sound fresh even on successive spins.

Successfully blurring the lines between punk and oi! ‘Beat That Drum’ is full of angular guitars and kind of sounds like Gang Of Four jamming with Agnostic Front. Maybe a juxtaposition to some but it’s an admixture that works rather well. From its inception punk had an ‘anything goes’ attitude but it didn’t take long for the genre to become restrained in codification. Well, Chubby & Co are here to rip up the rule book and songs like ‘Pressure’ drive a tank through any stylistic barriers and with its Motörhead infused solo it’s a thing of beauty. On an album that rocks along in the fast lane ‘Take Me Home To London’ eases off the pedal for an acoustic tinged number but they’re soon back to full speed with the jaunty ‘Down On The Bayou’ which, like a snowball rolling downhill, takes on form and becomes simply humongous.

Chubby and the Gang’s first album (2020’s Speed Kills) garnered glowing reviews from the likes of the NME and Pitchfork so The Mutt’s Nuts had a lot to live up to. I’m happy to report the band have tackled the ‘difficult’ sophomore album with ease and works precisely because it continues to pull new influences into its sphere and you can hear elements of Skeeter Davis, Merseybeat and ‘50s girl group all mixed up in a delicious soup. Seemingly willing to throw anything into the pot ‘Someone’s Gunna Die’ has a touch of the Bobby Fuller Four and is topped off with some fine harmonica…and why not? Closer ‘I Hate The Radio’ has a touch of the Clash and, as the final chord rings out, brings The Mutt’s Nuts to a suitably thoughtful conclusion.

The Mutt’s Nuts is the dog’s proverbials. 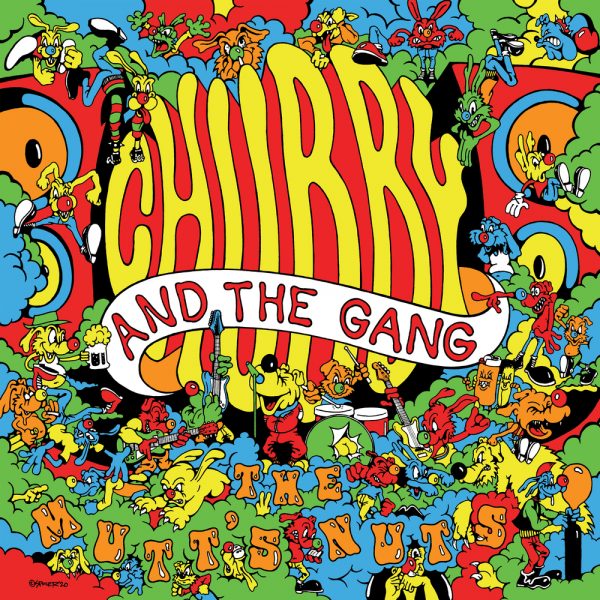