Chron Goblin are yet another band who’ve been around for ages (2009, apparently) but I’ve never heard of them. They’ve just released their third album via the California-based label Ripple Music, and according to the band’s website, was recorded in Portland ‘to tap into the city’s thriving music scene.’ I wasn’t even aware that Portland had a music scene, let alone thriving, but perhaps that can be explained away when you realise that a) I’ve never been to Portland and b) Chron Goblin themselves hail from Canada.

So, more importantly, what do they sound like? The simple answer is ‘rumbly, fuzzy, and heavy as hell.’ The louder you turn it up, the better this album sounds – it’s old-school stoner rock, replete with a lightly distorted gravelly vocal on top wailing all over the stompy guitars. It’s a sound that obviously started back in the 70s, but the band aren’t about nostalgia. They play with aggression and power and bring some contemporary life into play, creating something that’s a step above the average, sludgy stoner rock.

The problem is, Chron Goblin are quite literally their own worst enemy. Because I didn’t know them, I went and hunted down their back catalogue to see how they’d changed and grown – and I preferred their previous offerings by a mile. Life For The Living has a ridiculous amount of energy and attitude in it, for example, and the rawness on One Million From The Top gets you head banging effortlessly. They’re funky, bouncy, and playful – I had a massive grin on my face all the way through both of them.

Having started by listening to those two albums, I became a fan of the band – they’re brilliant albums, and absolutely worth a listen, and I couldn’t help it. So I really did expect big, big things from Backwater as a result – and it didn’t live up to those expectations. It’s still obviously the same band, but there’s something a little bit off – something missing this time around. Everything’s still delivered with energy and skill (especially the utterly furious drumming which holds everything together superbly) but it’s not as playful – no harmonica sneaking its way in, for example – and it feels slower and more withdrawn. It’s like the band have tried to craft songs instead of just playing for fun; tracks feel like they have to build up each time, rather than powering all the way through at pace.

On its own, it’s still a good album – it’s just not a great album, and it feels like a slight step backward from their earlier works. 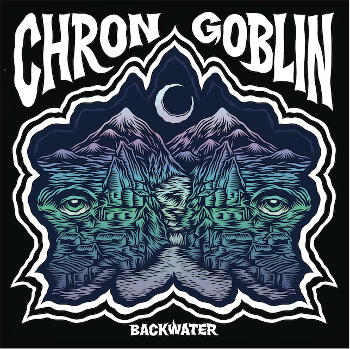