It’s always hard to escape your more famous siblings. Though anyone who’s called upon to play on albums by Paul Weller, Ray Davies, The Stereophonics and others has no need to seek fame by association. And anyway, the line between famous and not famous is a thin one, and is one that can be breached in the blink of an eye.

He leaves it to others to rail against the greed and injustices in the world, and instead lyricises the natural beauty and simple pleasures of life that we see all around us. The power of place, of memories and of course, of love and affection are the main ingredients in Holland’s self penned songs (with a little help from Chris Difford on a couple).

His handpicked guests include Katy Shotter, Beyonce’s “irreplaceable” keyboard player/backing vocalist, on ‘Hotter Than The Sun’ and ‘Beautiful Fantastic Planet’, where he trades jazzy, Westcoast keyboard cool with Shotter’s soulful delivery. And pursuing his penchant for vocal light and shade, he duets with jazz singer and instrumentalist, Sumudu, on ‘Cosmic Star’ and ‘Follow’, stepping into the shoes of the Carpenters, and filling them with the lush textures and musical sophistication that became that brother and sister duo’s signature sound.

On his own, Holland is something of an everyman jukebox. You can hear his influences on the carefully crafted soft rock of ‘Round &Round’ and ‘My Dog & Me’, where he plays about with the easy listening powerpop conventions of masters of the art like The Alessi Brothers and the Lennon Brothers, Venice. But ‘New Glove’, sounding like an unknown classic from the repertoire of Todd Rundgren or Andrew Gold, might just be the most affecting song here.

Today’s musical climate may not suit Holland’s sunlit uplands, but with a well timed chunk of radio play, this time fame might just come knocking. 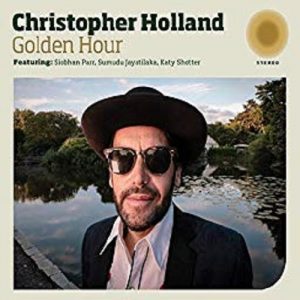