Meeting via an advert placed in the NME, The Chords formed in 1978 and came to prominence via the Mod revival movement of the late ‘70s/early ‘80s. After a lengthy hiatus they reformed in 2013 (under the moniker The Chords UK) with original vocalist Chris Pope at the helm and its very much normal service resumed. Serving up 14 slices of the very best punk infused power-pop latest album Big City Dreams finds them harnessing the energy of their early releases whilst signposting a bright future.

Some music instantly grabs you by the short and curlies and as the first chord (pun intended) of ‘Listen To The Radio’ rang out my interest was immediately spiked. Despite a combined age reaching well into treble figures The Chords capture the impetuosity of youth on ‘…Radio’ with bassist and vocalist Chris Pope delivering his vocals like a peeved Mick Jones. In fact, the whole band are on fire and set about putting the ‘power’ into ‘power trio’. The Chords UK are a tight little unit and with no place to hide all the instruments come to the fore and burst from your tweeters with a riotous sound. There’s barely a pause for breath and ‘The Last Great Rock Star’ follows hot on its heels with Sandy Michie’s spiky guitar recreating that tingly amphetamine buzz. It’s rumbustious, but jolly good fun.

It’s always a dangerous move when a band align themselves too closely with a movement, they come in waves and peak and crash, and when the Mod revival hit a nadir in 1981 The Chords found themselves in a musical no-man’s-land, and with a dwindling audience. Sandwiched between the likes of Duran Duran and Talk Talk The Chords’ brand of no-nonsense rock suddenly seemed antiquated. However, time has been kind to this South London trio and on the evidence of Big City Dreams Chris & Co have picked right up where the original incarnation left off and if you need evidence then check out ‘Keep Calm & Carry On’. It’s akin to a ship on a stormy sea and swaggers from speaker to speaker like a slightly sozzled sailor.

It takes a real poet, a Morrissey or a Ray Davies, to bring beauty to the drudgery of everyday life and it’s a knack that lyricist Chris Pope possesses, and he puts it to good use on ‘White Van Man’. While lyrically these songs often whimsically reminisce of a bygone era drummer Kenny Cooper keeps things grounded and level-headed with his metronomic tick. Reminisce they may but musically The Chords are firmly in the present and the vibrancy and one-two punch of ‘A Billion Things To Do’ can’t be beat. ‘Turned & Walked Away’ is a real call-to-arms that’s sure to transfer well to the live environment, as will the autobiographical ‘All For Nothing At All’. Final track ‘Great Expectations’, life-affirming and enervating, brings a sense of closure yet also sets its sights on a distant horizon.

Unlike many bands of their era who are happily settling into ‘heritage’ status The Chords UK have no such compunction and have planted their flag firmly in the present and is the sound of Big City Dreams becoming reality. 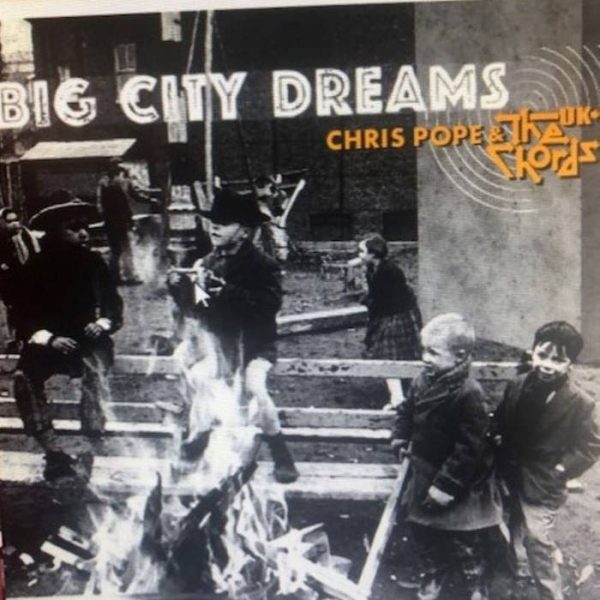