Reviewed by Brian McGowan. Released on 4 August 2017 by Absolute

Apparently he has a famous brother, but Chris Jagger will always be best known for being the guy who hand painted Jimi Hendrix’s jacket. Not in a Banksy, graffiti artist kindaway, but in an artistic, clothes designer kindaway. There you are, the most famous rock guitarist in history, and you painted his jacket. You could dine out on that for years.

Something of a renaissance man, Jagger has also dabbled successfully in journalism, writing for The Guardian, The Telegraph and The Mail, but doesn’t try to hide it. There’s a lot more too, just take a look at his Wiki page.
It doesn’t seem fair then, that he is indeed also a talented rock’n’roll artist. Not prolific perhaps, but 11 studio albums since 1973, and many contributions to other recordings is a not inconsiderable body of work. The best known is his critically acclaimed 1994 album Atcha, recorded in the wake of his participation in the Stones’ Dirty Work and Steel Wheels albums, (but is nothing like them). What it did was to spark off a series of studio recordings, with an album released every five years or so, all popular among the faithful. As the more astute will have guessed, All The Best cherry picks the standout tracks from this series.

Unlike Big Bro’s band, good humour and Zydeco country blues hold sway, neatly combining both elements on ‘On The Road’s ode to jazz and the Beat Generation, and then perhaps more convincingly on the lurching, anglicised Cajun Rock song ‘It’s Amazing What People Throw Away’. Several of his tunes are slight, and would collapse underfoot were it not for his dryly humorous lyrics and Zydeco blues settings. . . the rattling barroom boogie of ‘Concertina Jack’ and ‘Channel Fever’s swampy guitar and accordion rock illustrate this, each plugging into the sources that light up Jagger’s writing so vividly. Both are title songs from two of his post millenium albums.

But in honesty, there’s plenty of rich pickings throughout this 16 track compilation, and the remastering of the early stuff is superb. 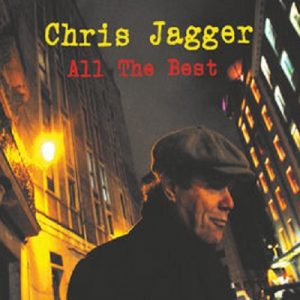