Formed in Warsaw, Poland in 2010 Chemia are built upon a solid rock foundation. Their name is an apt moniker (‘Chemia’ means chemistry in Polish) as the five different characters who comprise the band fuse together to create a unique sound. While they’re relatively unknown beyond their native shores that all seems set to change with the release of their latest album, Something To Believe In.

Announced by one of the best riffs known to man this album gets off to the best possible start. With a cool swagger ‘New Romance’ saunters into town and immediately makes its presence felt. With sublime harmonies, thundering bass and pounding drums there’s a lot to admire here but the star of the show is surely Lukasz Drapala and his soulful vocals. Entwining his words around the guitar lines makes for an intriguing listening experience and it’s one that reels the listener in like a fish on a hook. What struck me most about ‘New Romance’ was the ‘80s vibe that permeates the track but that shouldn’t come as a surprise as Andy Taylor (Duran Duran) was in the producer’s chair and his even hand has given this track (and indeed, the whole album) a bold feel which ensures Something To Believe In is no shrinking violet.

While the band have their roots in classic rock and grunge, it’s hard to pick out any direct influences; there’s a refreshing originality surrounding the band and its one that’s increasingly hard to find nowadays. However, ‘Modern Times’ is deeply indebted to the blues and sounds like it emanated from the Deep South while ‘The Best Thing’ would make the perfect companion to a road trip through Arizona as it conjures images of dusty plains beneath a bruise-coloured sky. This album’s greatest asset is its ability to shift gears and the title track is a turbo charged rocker that finds guitarists Maciek Papalski and Wojtek Balczun riffing in tandem and then trading some gnarly solos.

Much of Something To Believe In has a crossover appeal that could propel Chemia into the mainstream and none more so than ‘Blood Money’. It positively fizzes and sparkles with effervescence and the funky backbeat is hard to resist as the tag team of bassist Błaźej Chochorowski and drummer Adam Kram locking in tightly to deliver an infectious groove. The production gives each track its own, unique personality; the penultimate ‘Beneath The Waterline’ sounds as if it is submerged beneath the ocean’s depths while ‘Eagles Of The City’ soars majestically and brings a real sense of closure. This is an album of many different shades and textures, yet it’s hangs together cohesively and makes for a well-rounded, satisfying listen. 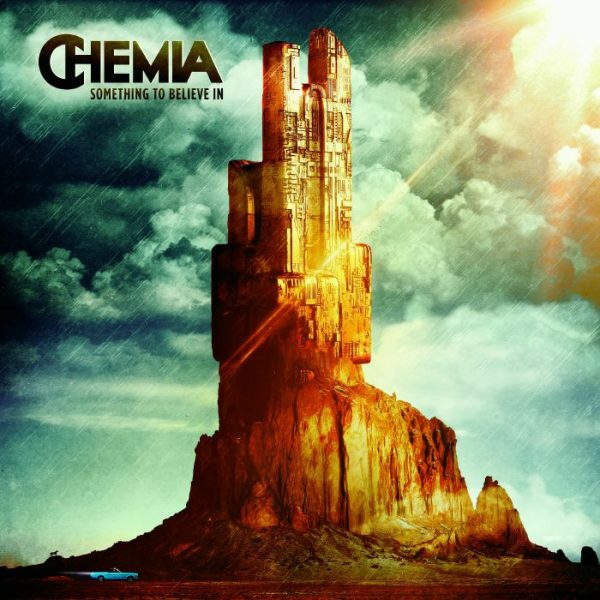