Thomas formed the band Charlie with Julian Colbeck and Martin Smith, both of whom appear on this second ‘comeback’ album. They released eight albums through the seventies and eighties. In a depressingly familiar tale of woe, such was the incompetence of the label that massive airplay on US radio was never converted into fame and fortune. The talented Thomas went on to write and/or produce, amongst others, Wilson Pickett, Bobby Womack, Giant, Foreigner, Bad Company, Tesla and, whisper it… Leona Lewis.

He resurrected the band in 2009 with the well received Kitchens Of Distinction, a deliberately cheesy, tongue in cheek choice of title for an album full of pocket sized polemics, targeting shallow celebrity, rampant consumerism and other twenty-first century diseases. Elysium carries on from where Kitchens… left off. Harder hitting now, with the field of fire widened to include the ‘Super Rich’ and The WM Government, ‘Call Me Dave’. A new Frank Zappa in the making perhaps? You may raise your eyebrows, but both artists share a talent for iconoclasm and for writing inviting melodies. And that’s where Thomas scores. His acerbic observations are matched to melodic rock arrangements, filled to overflowing with stadium size hooks and big, shiny, AOR guitars (although the polish is applied much less liberally now).

Sometimes those melodies go on a long ride, as on the 8 minute title track, (‘Elysium’ is Ethopia, 1984). Buffeted by the winds of social upheaval and ethnic cleansing, the music turns back and forth through frenetic periods of jagged edged guitar turbulence, only occasionally finding calmer waters when the lyrics reach the point of shoulder shrugging resignation. Alternatively, there is ‘Make It Real’.This track is vaguely reminiscent of Thomas’s work with Brian Howe’s Bad Company, structured around a big, arena rock riff and razoring lead guitar work. It’s also a pivotal track, lyrically, roundly condemning the dumbing down of, well, almost everything.

Thomas’s work may not be as far reaching as Zappa or even of Peter Gabriel, culturally, but he says the things that should be said… nothing escapes. Armed with explosive social criticism, his sharp metaphors and laser guided lyrics draw blood from Kerry Katona, You Tube, identity politics and mainstream media propaganda, and more. And yet, arguably the album’s most affecting track is a good old love song, ‘Thinking About You’. Freed from the fever pitch of confrontational intensity found elsewhere on Elysium, Thomas displays a light, elegant touch here, making that emotional connection which is unique to all great artists. Is it out of place on Elysium? Not at all. The album still centres on Thomas’s politically charged lyrics, it’s just that they have more impact when they face up to humanity. 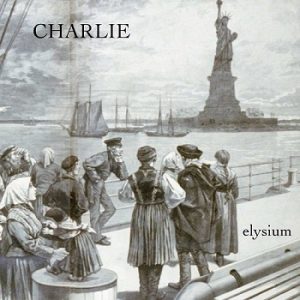