After a sold out acoustic show at Town Hall back in January, Charles Esten returned to Birmingham with a full band in tow and was once again supported by local country pop trio The Adelaides. Esten came to prominence with a starring role in Nashville (2012 – 18) as the much troubled Deacon Claybourne and after initially touring as part of the cast ensemble he has been rewarded with a willing fanbase on this side of the Atlantic. 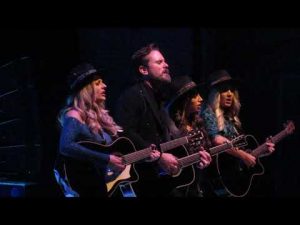 With his warm, amiable personality he immediately has the crowd on side and the set is a combination of much loved songs from the TV show, covers and collaborations with up and coming Nashville based songwriters. Whilst the Town Hall gig was impressive Esten, an entertainer at heart, appears in his element with a band behind him and is able to fully express himself on current single ‘A Road and A Radio’ by making full use of the stage. Alicia, Paris and Abi had earlier warmed up the audience with their smooth harmonies and catchy melodies and they share a terrific on stage chemistry with Charles as he invites them back on stage for heartfelt renditions of show favourites ‘Undermine’ and ‘Sanctuary’.

Mid way through Esten is left alone on stage for an acoustic interlude that includes an unlikely yet glorious cover of Nirvana’s ‘All Apologies’ that he describes as being “a country song at heart” and, strange as it may seem, he certainly made it sound like one. The band returned for more upbeat good time country rockers and banter, with any reference to Nashville staples such as the Bluebird Cafe, the Ryman and the Grand Old Opry bringing huge cheers. The Adelaides are welcomed back for the encore and he announces they are going to try something out for the first time which turns out to be a show stopping rendition of ‘Shallow’ from A Star Is Born with all four voices seamlessly joining together. ‘A Life That’s Good’ ends the show with more warmth and positivity and you are left with the impression that having got his initial break through his acting, Esten’s real passion is for his music and he is determined to enjoy his success to the full. He sure deserves it.

Charles Esten returns to the UK in March 2020 as part of the C2C Festival. For more information head over to:- 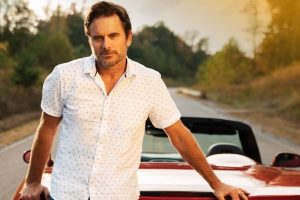