As with most great moments in music Nottinghamshire’s Chaos Bleak began life as a series of ruminations: ‘What if Killing Joke had been the genesis of gothic rock’? and ‘What would Play Dead have sounded like had they formed in 2019’? The answer to both is Chaos Bleak, and since their formation in 2019 the band have released a string of digital singles and critically acclaimed full-length, A New Age Of Darkness. Their third EP Virus Shadow finds the band continuing on an upward trajectory and marching on towards global domination.

The electronic staccato riff that heralds the arrival of opening salvo ‘Calling From Afar’ belies a Killing Joke influence; it’s that amalgamation of surgical, almost fascistic, electronica that is fused with organic instrumentation and the result is an explosive affair that shatters in every direction. The drum machine marches with military muster while over the top guitarist Trevor Bamford lays down a chunky riff. The juxtaposition between electronic and organic is just one of several that run throughout Virus Shadow and it makes for a multidimensional experience that’ll reveal new nuances on repeat plays.

Chaos Bleak’s greatest asset is a stubborn refusal not to be confined by any genre stereotypes and while many of their peers seem content to sing about coffins and catacombs the Chaos Bleak songbook encompasses everything from retro sci-fi, Weimar Germany, or as in the case of ‘What The Master Says’, crass consumerism. It’s a rather refreshing deviation from the norm and this lyrical realism adds extra punch to an already hefty sound. Along with the first two tracks ‘Dress The Kids For War’ was released as a single, and like those two cuts, it’s the soundtrack to civil disobedience and, if your ears are correctly tuned, should conjure images of looted buildings and burning panda cars.

‘Into The Woods’ finds Chaos Bleak on more familiar ground delivering a rather disturbing gothic tale, and it’s one made all the more disconcerting by some black metal shrieks. Chaos Bleak get straight in the listener’s face and with plenty of eye contact throw down the gauntlet for a bar-room brawl, and with songs such as ‘Into The Woods’ in their canon, there’s only going to be one winner. A cover of Sweet William’s ‘Nailed To The Ground’ closes the disc in fine style and, like all covers should be handled’ finds Chaos Bleak scrawling their own personality over it, while retaining the essence of the original.

Virus Shadow is also released digitally with an edited track listing and a live version of ‘When The Lights Go Out’. It’s quite a quandary to decide which is the best so my advice is buy both! 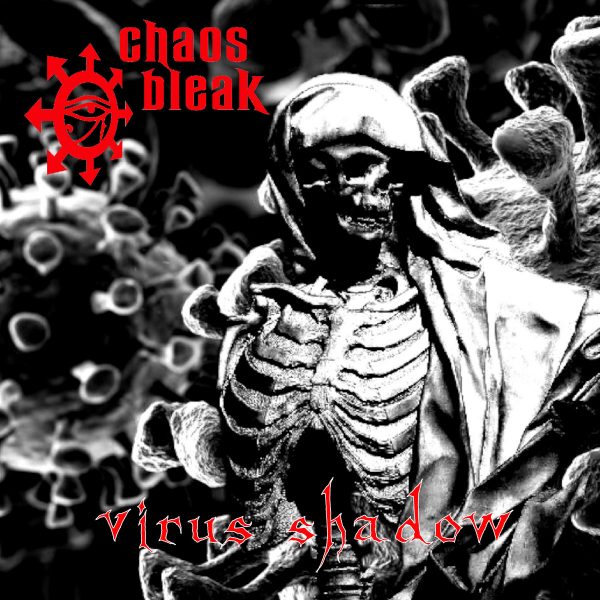