It almost seems churlish to regard Celtic Frost as one of the great extreme metal bands, because they were so much more than that. It’s better to hail them as among the finest extreme and experimental bands of the 1980s.

Refusing ever to do what was expected or demanded, the band constantly changed musical direction, always brought in surprising influences, and kept people guessing as to where they might venture next.

Their catalogue of albums is formidable and unmatched. Each is not only unique, but part of an entire tapestry that only now can be appreciated for being a remarkable part of music history.

Despite, or maybe because of, constant turmoil on so many fronts, Celtic Frost achieved an artistic level few others would even have dared to dream of aspiring towards. They climbed high because they were never afraid to fall. Which is why the band are now rightly regarded as icons, and iconoclasts. 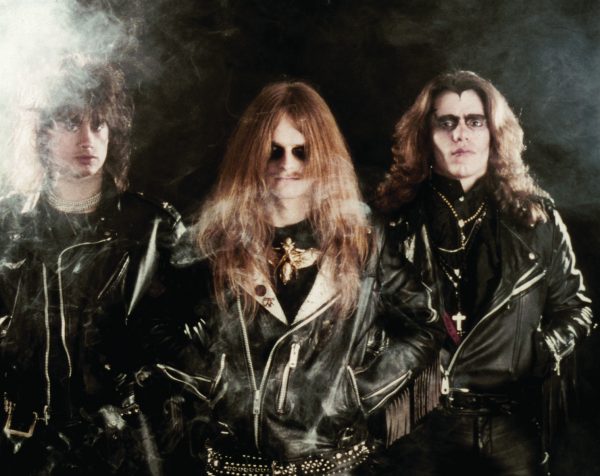 Danse Macabre captures the radical ambition and evolution of Celtic Frost from 1984 through to 1987. In addition to the albums Morbid Tales, To Mega Therion and Into The Pandemonium, the 7-marble colour vinyl box set also includes the Emperor’s Return, Tragic Serenades and I Won’t Dance EPs, along with ‘The Collectors Celtic Frost’ 12”, a 7” of ‘Visual Aggression’ and a cassette of rehearsals recorded at the band’s Grave Hill Bunker.

A 12” x 12”, 40-page book, brings together photography – some previously unseen – from the era and brand new interviews with Tom Gabriel Warrior and Reed St Mark. A Heptagram USB drive contains MP3 audio of all the albums, including bonus tracks. A Danse Macabre woven patch, a double-sided poster, and a Necromaniac Union fan club enamel badge complete the set. ‘Danse Macabre’ is also available as a 5 CD box set, with 40 page book, badge, poster and patch.

You can pre-order the vinyl and CD collections here. Release date: 28 October. 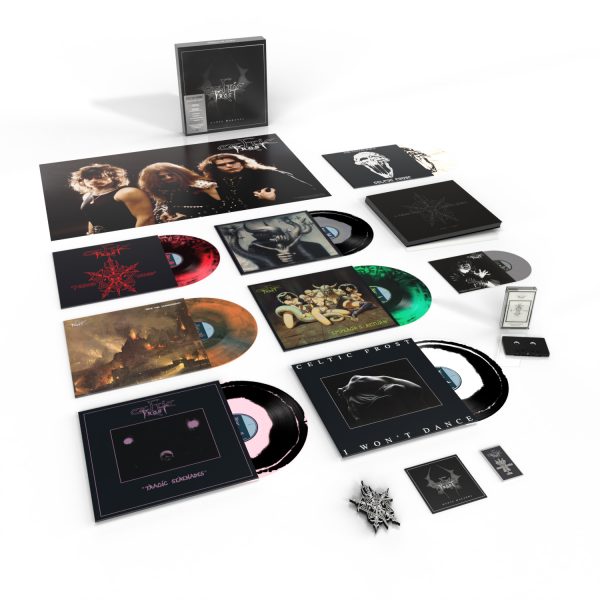 A very limited edition Glow In The Dark vinyl variant edition of the LP box set will be available via EMP and Nuclear Blast online. This is limited to 1000 units. 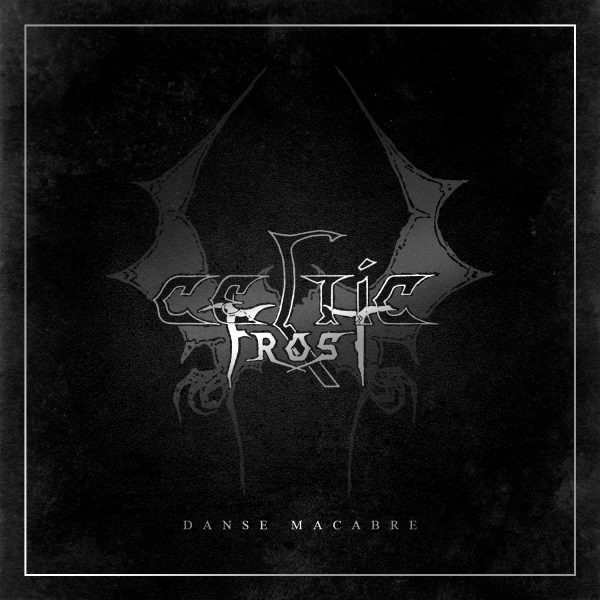