Morbid Tales + To Mega Therion + Into The Pandemonium + Vanity/Nemesis

Celtic Frost refused to conform to or follow any specific musical direction. With experimentation at the core of their creative output, it’s easy to see why their material with its timeless and extraordinary qualities has influenced and inspired so many devotees, diehards and extreme bands. Of their first five albums released through Noise Records, four have been remastered and are being re-issued alongside a ‘Best of’ (details here) on 2LP, CD and Digital download through BMG on 30 June 2017 with extra tracks, extensive booklets and posters (and just in case you’re wondering, no, 1988’s Cold Lake is not amongst the re-issues). And so with not a drop of icy water in sight, MR’s Jason Guest gives the albums a blast or two…

Celtic Frost avoided limitations. The negative experiences of Hellhammer ensured that. As did the new band name. Though remnants of their previous incarnation remained, recorded as a trio, the 1984 debut Morbid Tales was an attempt to put as much distance as it could between the band and all the clichés of metal as possible. While new drummer Reed St. Mark brought the beatings they were long looking for, the band’s songwriting skills were evolving with the lyrical themes of the occult and anti-religion being becoming more developed.

Black, bleak and without remorse – and with plenty of Tom G. Warrior’s strangely satisfying and much-copied death grunts (influenced by James Brown of all people!) thrown in – the reason that this remains so influential on both death and black is glaringly obvious. The riffs, the drums, the vocals, and the sound are crushing. This is still heavy as hell. Including previously unheard and restored rehearsals from 1984, if there is any extreme metal album that is essential, this is it – if you consider yourself morbid of course…

The bombast of ‘Innocence and Wrath’ that opens To Mega Therion marks a distinct development for the Celtic Frost of 1985. The remnants of Hellhammer were still present but minimal and the band had matured significantly. Their sound was still suitable filthy but the rage, the wrath, the doom and the gloom was much more sharply focussed and the atmosphere of this second album was nothing less than evil itself.

With the tracks ranging from the slow and moody to the more up-tempo and raging, compositionally, the tracks are more controlled, the music holding back where and when necessary and lashing out with razor-sharp precision when required. While the use of Claudia-Maria Mokri’s hauntingly beautiful vocals and Wolf Bender’s French haunting horn are tailored to perfection, the Wagnerian grandeur of the album meant that Celtic Frost were no longer the ambitious yet amateurish band they were only 2 years previously. As fresh and threatening as it was in 1985, while the album alone is reason enough to buy this, also included here are the Emperor’s Return EP and a remix of ‘Visual Aggression’.

After Morbid Tale and To Mega Therion, Celtic Frost could easily have rested on their laurels and delivered another savage piece of work in the vein of its predecessors and sat back reaped the rewards. But no, Into The Pandemonium is far from what anyone could have expected. With more session musicians than Spinal Tap had drummers lined up for the recording, the album is a much more bold and diverse effort than its predecessor, taking the band’s experimentation much further, shifting effortlessly across styles as varied as electronic, industrial, rock, melancholic and classical. Nope, Celtic Frost as a band that could not – and would not – be pinned down.

Despite Warrior’s claims that their musicianship at this time in their career fell short of their ambitions, that they were willing to roam far outside of their comfort zone and deliver such eclectic and striking material is admirable. Though there are a few areas where their ambition outshines their musical abilities, it can’t be denied that this is an audacious and unique piece of work. Their record label hated it and did everything they could to stop the record and fuck Celtic Frost over. But extreme metal bands and classic albums such as this have a way of overcoming such obstacles and Into The Pandemonium received the critical and fan acclaim that it rightly deserved. Thirty years later, the reason for its acclaim is more than a little obvious.

After all of the bullshit that Noise Records had put the band through with Into The Pandemonium, the band had split only to reform six months later with only Tom G. Warrior of the original line-up at the helm. The less we say about the atrocious-and-never-to-be-re-released Cold Lake, the better, suffice it to say that Warrior took a good look at the band and quickly rid himself of the inept musicians he had surrounded himself with, reunited with Martin Eric Ain and got to work on Vanity/Nemesis.

All the traits of the band are here, the heavy riffs, the crushing guitar tone, Warrior spitting the lyrics with venom and bile, and drums that propel the tracks onward and upward, and other than the unnecessary and, shall we say, “interesting” cover of David Bowie’s ‘Heroes’, exceeds what expectations any had of the band after Cold Lake. That it appeared after Cold Lake did it a few favours. Though perhaps not as strong as the band’s first three albums, here the band once again dig deep into the heavy stuff for an album that more than makes up for its lamentable predecessor. Had this followed …Pandemonium, it may not have had the same impact. But it’s as adventurous and experimental as their other albums and, along with the Wine In My Hand 12” EP included in the re-issue, stands not only as a worthy chapter in the band’s history, but as testament to why they are held as the innovators and inspiration that they are to this day. 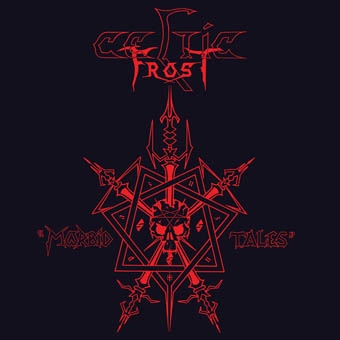 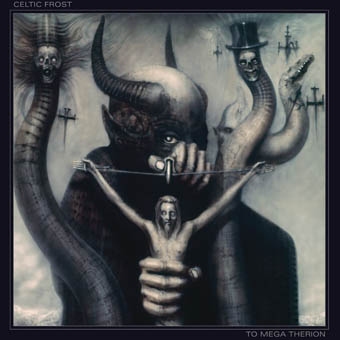 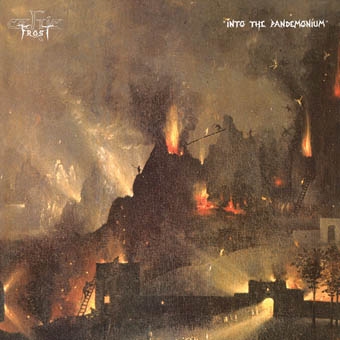 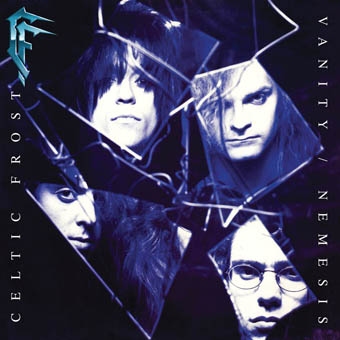