Super groups are always an interesting prospect – one naturally assumes that the sum of the parts will somehow combine to produce something spectacular. Cats In Space are an odd prospect in the respect that they’re not so much the superstars, but the guys who played with them. Greg Hart, for example – the man who assembled this motley crew and plays guitar, sings, and tinkles the ivories too – has written songs for the likes of Donna Summer, Cher, Asia and the Sweet. Bassist Jeff Brown is best known for his time in The Sweet (alongside lead vocalist Paul Manzi) or with The Tremeloes, whilst Steevi Bacon has pounded the skins behind Ben Poole and Robin Trower. Dean Howard has played guitar on tour for T’Pau, Bad Company, Ian Fillan, Toby Jepson, too, which leaves only musical director and keyboard player Andy Stewart to round out the six piece. They’re like a musical version of the Mystery Men.

But forgetting all of that – what do they actually sound like? Simple answer: the 70s, with thick, layered harmonies, and big, fluffy choruses with a powerful lead vocal leading the way. Imagine ELO had a baby with Cheap Trick and let 10cc do the babysitting duties. Lead single ‘Mr Heartache’ is a big slice of everything you ever loved about ELO – gorgeous vocal harmonies, the big choruses and the driving basslines all over sumptuously thick keyboard and guitar lines. It’s utterly delightful – and it’s then followed up by ‘Unfinished Symphony’ which combines the twin harmony guitars with some good old southern rock honky tonk for a tonal change of pace that’s every bit as good.

It’s the same with each track – there’s something new, something different creeping into every song. They’ve managed to find all the old gear from the 70s, too – there’s wobbly speakers, vocoders, vintage synths, so many classic guitar sounds and effects, and even saxophones creeping in, too. By the time the orchestra shows up on ‘The Greatest Story Never Told’ it seems perfectly natural and you don’t even bat an eyelid. Anyone else did that on a debut album, you’d be accusing them of trying too hard – but for these guys it all just flows effortlessly. Everything from pop-rock through prog and psychedelia is all in there – often in the same song, meandering from one to the other perfectly smoothly.

There’s so much song writing craft going on with this album, it’s like a masterclass in using hooks and dynamics. There’s nothing forced about any of it at all – it comes about as effortless and perfectly controlled, but in a way that’s designed to be performed in arenas all over the world. While it’s clear that the band feel that the rock of the 70s was the best kind of rock that there ever was and ever will be, I find myself wanting to agree with them. The album is like a distillation of the pop-rock bands that dominated the airwaves back then, and I find myself wishing that it would happen again, just so these guys could get the recognition they clearly deserve. For now, though, I’ll console myself with this perfect little slice of 70s heaven. 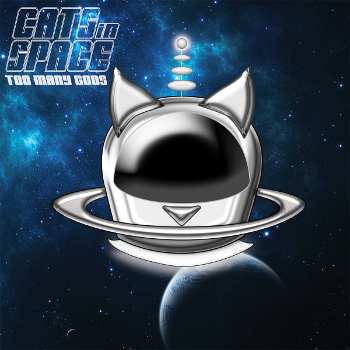