Yes, those unearthly felines CATS in SPACE return with a brand new single on Friday 15 April 2022 and in typical CATS’ style, the quirkily titled ‘POKE THE WITCH’ sees the band on top form with their signature sound right to the front. Pre-orders instore for the vinyl with a complimentary promotional  CD of the single begin Monday March 14th.

The single spearheads what will be a huge double album [the band’s second double deluxe] clocking in over one hour in length.  Entitled ‘KICKSTART THE SUN’, the band say that this is their “most extensive, expensive and cinematic sounding album to date”.  They have some very special guests joining them too…

Recorded at the legendary RAK Studios in London, ‘POKE THE WITCH’ will be available in coloured vinyl 7”, CD and digital formats and has an exclusive B-side track also recorded live at RAK. As always, a video will accompany the song to coincide with the release.

Greg Hart, guitarist and composer of the song comments:

“Despite its very odd title, the lyric is actually quite complex and multi-dimensional and offers a very uplifting message to us all after a turbulent two years. It is a marker and a taster of what our next album will be like.  It’s time for positivity and joy to take centre stage once more”

After finally touring their chart topping album ‘Atlantis’ last Autumn (which has now become the band’s biggest selling album to date and is currently into its fourth pressing)  the ‘cats-eyes’ are now firmly fixed on what they promise will be an “Epic 2022”.

More news about the album, which is landing in the summer, will be revealed soon. It promises to be one of, if not the most, eagerly anticipated releases this year. 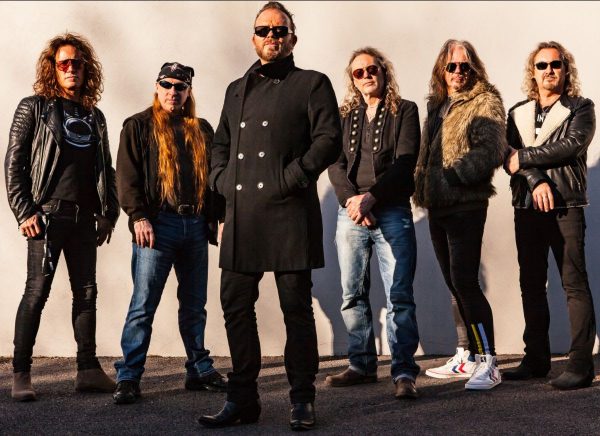