Seemingly made in AOR heaven, Cats In Space were actually formed in West Sussex in 2015. Armed with a silky sound and an unrivalled work ethic this sextet are about to release their fourth album Atlantis and, with a musical grandiosity not heard since the ‘70s, Cats In Space are set on course for world domination.

A strong nautical theme is immediately evident as the sound of a submarine plunging the depths heralds the arrival ‘Dive!’. It’s an instrumental that slowly adds layers and entices the listener into the band’s world. The first thing to note is the expansive production which utilises the full dynamic range as drums detonate and guitars soar. But good time rock n’ roll are what Cats In Space are about and when new vocalist Damien Edwards screams “Let’s Go!” things shatter in shards of effervescence. Performed with pomp (but not pretentiously) ‘Spaceship Superstar’ is layered with textures as bubbling synths vie for your attention with the rumbling bass as Damian delivers a groove laden, and insanely catchy, chorus.

With all the band members providing backing vocals Cats In Space have a wealth of talent in that department and it’s put to good use on the all-out rocker ‘Revolution’. It’s something of a call to arms that’s tempered by sublime close vocal harmonies and the contrast works extremely well. Rich and luxurious ‘Sunday Best’ is like Leo Sayer fronting Journey and produces an earworm of the highest order and that’s the common denominator here: just one spin will find these tracks taking root in your cranium. ‘I Fell Out Of Love With Rock ‘N’ Roll’ is the obligatory power ballad and, with shades of Brian May and Queen, also provides the album with a fine centrepiece.

Classic rock influences very much permeate Atlantis yet Cats In Space remain their own band and the twirling ‘Marionettes’ evidences plenty of invention with drummer Steevi Bacon effortlessly switching tempos. In fact, this album is always shifting gears from the blast of ‘Queen Of The Neverland’ to the melodious ‘Magic Lovin’ Feelin’’ and the acoustic ‘Can’t Wait For Tomorrow’ what holds it all together is the sheer joie de vivre found in the talkbox and cowbell. The penultimate ‘Seasons Change’ is a whimsical number and sets things up nicely for closer ‘Atlantis’. In keeping with the albums general feeling of enormity title track ‘Atlantis’ builds towards something huge that captures the vastness of the ocean and its depths. It’s a strong closer that simultaneously feels like an ending and a beginning.

As the world continues to perch perilously on a precipice there’s something very uplifting and life affirming about Cats In Space and Atlantis looks set to redress the balance. 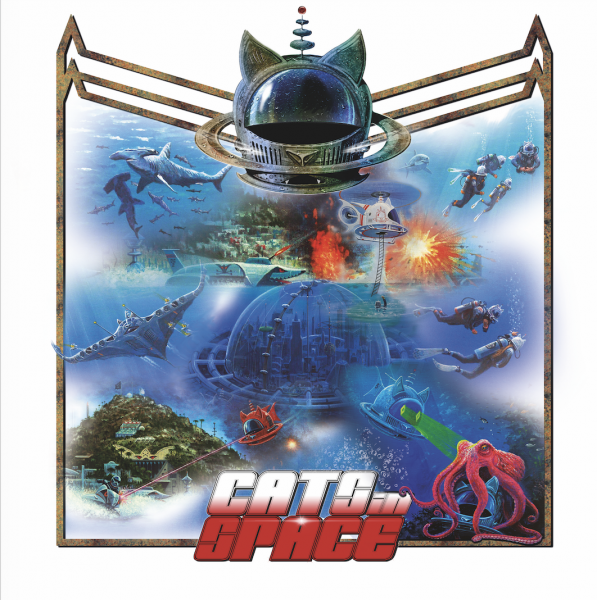