Caspar Brötzmann is an extraordinary guitarist and performer who has been plucking at the contours of his art across four decades. Southern Lord Records have taken it upon themselves to reissue a number of his works, with Home now enjoying a new lease of life 25 years after it first saw the light of day.

That’s not to suggest that Caspar’s work resides in the past. While Home is the work of the three instrumentalists who first made up Caspar Brötzmann Massaker, an album of new solo material from Brötzmann is promised for later this year.

For anyone yet to come across this German musical maverick the opening track to Home, ‘The Tribe’, will in all likelihood prove something of a discombobulating experience with shards of sound meeting uneasily to present a fragmented aural experience that will challenge even those with the most extremes of taste.

The following ‘Tempelhof’ is easier to come to terms with, a pulsating rhythmic barrage that reverberates with the intensity of a well blown digeridoo. The early phase is focused on a singular dominant groove, but deeper in more sounds join from the wings, almost forcing you to take cover as assorted bangs and clangs build the intensity levels. Once joined by the addition of human cries it starts to resemble the madness within a padded cell as crushingly painful disjointed rhythmic cuts build up to an almost religious-like fervour before finally fading away just as we approach the 10-minute mark. 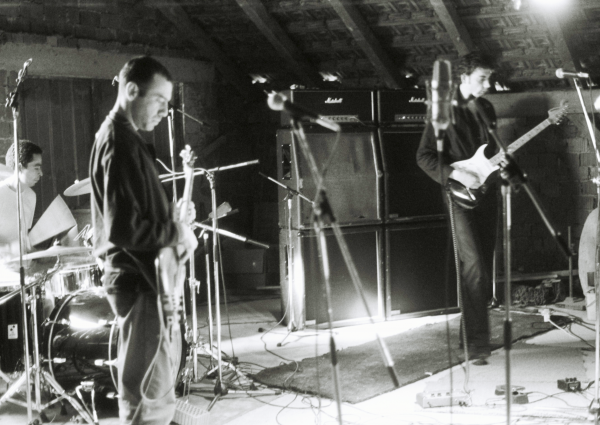 At 16 minutes the moody and mysterious ‘Massaker’ is the longest of the five tracks and again tests the nerve of the listener with its fingernails down a blackboard screeches and balls of feedback that are seemingly rolled across the studio floor. The soundtrack is as disturbed as it is disjointed, making for an unnerving listen during which it is almost impossible to discern which direction the next twist will take.

‘Massaker,’ as with opener ‘The Tribe,’ has been revisited and reshaped, although to say refined is possibly taking liberties with the truth – helped by Danny Lommen who replaced original drummer Frank Neumeier; the twisted triumvirate sealed with Eduardo Delgado Lopez on bass. The impact is to heighten the tension levels from the original 90s recordings such as on ‘Hunter Song,’ an almost existential fear of impending doom now more tangible in its own way than ever before.

Interestingly  the recording for Home took place at Steinschlag, the studio of FM Einheit, famed metal-percussionist for German avant-noisniks Einstürzende Neubauten, who many post punks will recall with affection from their 80s heyday. Einheit‘s equipment was set up in a disused swimming pool of a detached house in Mauren (a small town in the southern hills of Germany), while the band played on the roof adding to its wholly esoteric nature. Caspar’s connection to Einheit goes back to the Berlin of the 80s, the pair eventually spending time on the road together in the States.

As someone once said, ‘there’s no place like home’ – well there’s no sound like Home either. But knock on the door and Caspar Brötzmann Massaker will let you in. 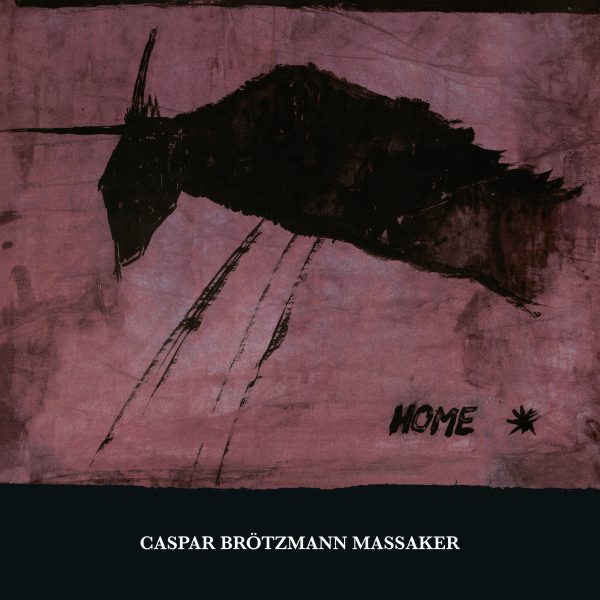