Thirty years into their doom-laden career Candlemass have a new EP out to mark that not inconsiderable achievement. An album was an option but in the end these old rogues settled on a four-track EP but we won’t hold that against them. During the past three decades the Candlemass line-up has fluctuated frequently and the band has seemingly called it quits on at least a couple of occasions. Somehow though the flickering Candlemass flame refuses to be completely extinguished and they have been reborn more often than a New Age Christian albeit with fairly regular changes in personnel. This EP features Mats Leven on vocals with Leif Edling on a sabbatical of sorts which meant he was unable to join the band on their recent tour of South America.

The opening title track features some serious riff wizardy but of a type more readily associated with a straight metal band rather than an underground doom outfit. That isn’t to say ‘Death Thy Lover’ is a poor song, it certainly isn’t. It is though radio friendly in a way that doom rarely is. With ‘Sleeping Giant’ also painting a welcoming vivid lush landscape full of melody it’s only when we reach ‘Sinister N Sweet’ do we first hear any reference to the cloven hoofed king. An earthy rumbling tone immediately hints at a darkening of the mood and sure enough a delicious doom-spirited riff finally emerges to reminds us what these Swedish veterans have built their reputation on spanning a full three decades. The final composition ‘The Goose’ survives on the grooves alone but the Sabbath edge and energy is still detectable. While the hardened Candlemass devotee will be forking out on a lavish 30-year anniversary box set, this EP at least displays that one of the legendary names of doom are not a museum piece just yet. 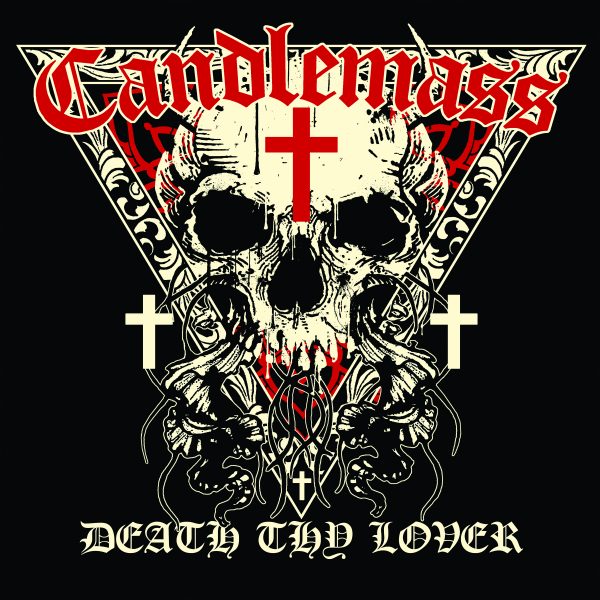