If ‘Oildrenched and Geartorn’ isn’t the weirdest opening album track of the year then there must be some seriously freakish stuff out there – which pleasingly there is, of course! If you’ve ever been stuck in the office with a photocopier on the blink and humming like a wasp, that kind of sums up the first track of a dozen on Caïna’s deliciously titled new album Christ Clad in White Phosphorus. Initially I thought there must be some fluff caught in my speakers but no, it seems that distant tickly backdrop is actually the first number.

Fortunately after a couple of minutes the tedium is broken by ‘Torture Geometry’ in which Caina reveal their inner selves in earnest with a distressed dialogue of blackened war cries played out across a muddied plain in which large craters appear as the blastbeats hit their target with admirable accuracy.

Caïna began life in the north west of England 12 years ago as a solo experiment with its many and varied strings being pulled like Geppetto by Andrew Curtis-Brignell. This release sees Laurence Taylor alongside Andrew, the pair creating a remarkable album in which traditional black metal only plays a part of what lies waiting to be discovered under the crusty Caïna cloak.

Miserable Mancunian music is nothing new of course as those who can remember the heady days of Joy Division at their all too short prime can testify. But Caïna seek solace in what was once the industrial heartbeat of the nation to pepper their compositions with machine barks as though a Victorian cotton mill was churning out clobber for the matchstick Lowry masses.

Caïna’s ripped to the bone soundscape is alarmingly feral, teeth bared, spitting saliva and on ‘Fumes of God’ as jittery as an agitated young foal trying to be saddled up for the first time.

So far, so black metal. But on the slightly longer ‘The Throat of the World’ Caïna veer off into a more industrial soundscape with an ambient shell of a track, through which occasional sounds emerge, distant hollow voices, church bells, haunting echoes and a kind of tinkling noise as though someone’s rifling through a pocketful of shrapnel. 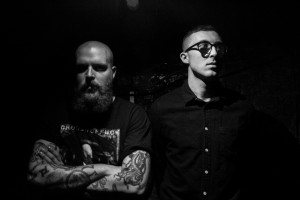 The industrial hue offers an additional layer with Caïna and not a particularly comfortable one. But as a dividing tool, it asks you to take a step back, think, and then reassess the sounds swelling around you. There’s really nowhere to go with a composition as edgy and cold as this. It’s fair to say you won’t be playing it through the car speakers when you’re navigating your way down the M5 for a family holiday this summer. In facts it’s very much the antipathy of all that is good. Within this fetid framework only bad things can prosper.

You wouldn’t know it from the title but on ‘Gazing on the Quantum Megalith’ Caïna’s rhythmic pulse starts to quicken, with a real sharpened needle of a riff, dashing and infrequent, but penetrating at its best. The throb here is harder and firmer (enough enough!) as Caïna really expose their blackened soul to good effect, the track upping the levels in both velocity and venom.

On ‘Entartete Kunst’ Caïna add some huskily spoken prose between the more conventional harsh vocal sounds but this track also highlights their ability to weave numerous layers into place resulting in an epic edgy number that contorts itself into numerous dysfunctional shapes. In contrast ‘Pillars of Salt’ is a more ambient piece, a vocal free monochrome set of a track that flickers like an old B-Movie incongruously accompanied by a series of increasingly sporadic drum solos. These come and go amidst a distant backdrop of emptiness through which an occasional old church bell defiantly chimes.

Christ Clad in White Phosphorus is Caïna’s seventh album and one worth revisiting with the caveat that you probably need to be ‘in the zone’ to really wrestle with its various complex channels. That would certainly apply to the penultimate track ‘Extraordinary Grace’ a 12 minute mystery tour that in places makes the Cocteau Twins look positively raucous. A little like a meringue, you’re scared to go in too heavy with this composition for fear of shattering its delicate edges. The track consists of a free-flowing rhythmic wave but one that barely flickers into life, a dissonant drone simply ebbing this way and that over which softly spoken words add an alternative dimension, leaving you peering into an audio abyss wondering who or what is in there.

Apocalyptic Witchcraft have a fine ear for these ambient abstractions as they also released the recent From The Bogs of Aughiska EP which featured similar traits (reviewed here). Christ Clad in White Phosphorus closes with the title track, a surprising final twist as it features a strong electro/synth beat and cleanly sung indie style vocals.  While suggesting Caïna’s creativity levels are a joy to behold would be something of an oxymoron, their thoughtful and challenging creations should not be allowed to slip by unnoticed. 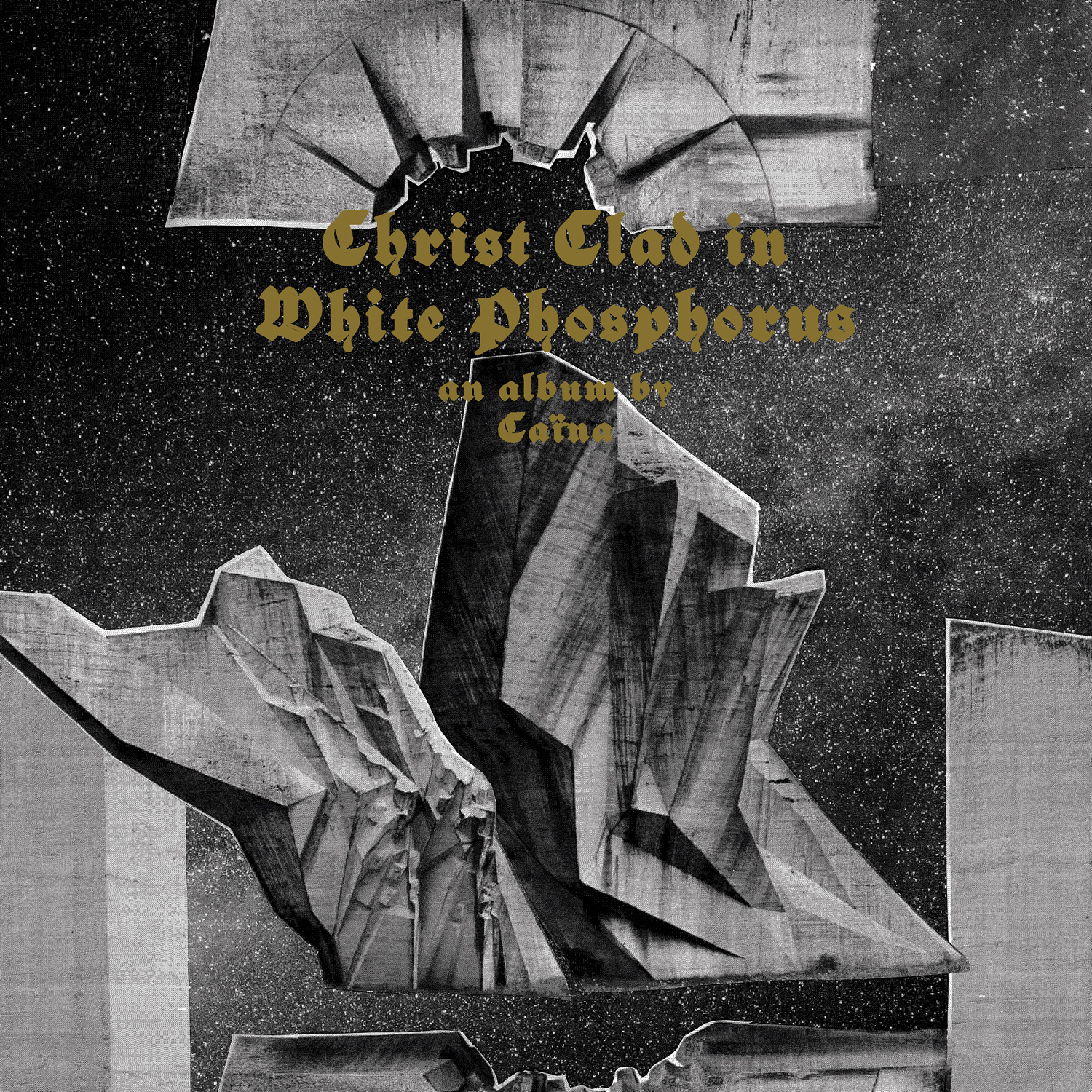