I think most of my reviews begin with an apology of being a bit late these days.  This one comes with a huge apology because I intended to write it in September.  That’s a new record (as in record length of time, not the LP which is now technically an old record).  However, what the apocalypse has afforded me is time to catch-up on unfinished projects, and yet again, this review stands as a metaphor for the band it reviews.  At least that’s how I salvage my dignity under such conditions.  When we finally escape the martial law imposed on us by PCSOs and neighbours wielding their social media logins, I will buy each original member of this band a pint as consolation.  Or sever my little finger.  I’ll see how the lockdown goes.

See, Cain originally released this record back in 1993.  The band had emerged from the ashes of the legendary Midlands act Doom, when John “Johnny Doom” Pickering and Pete Nash joined up with Clive Meldrum and Stephen O’Connor to start making some experimental doom metal.  After securing a fanbase and grabbing the attention of Godflesh’s soundman Neil Mclaren, the band recorded and mixed an 8 track, 72 minute album in Stourbridge’s Icehouse studios.  (Remember Icehouse?  I bought a Vox amp from there when it closed.  It cost me £40 and it still works).  Despite the band splitting not long after, the very limited run of CDs caused a stir and bootlegs aplenty were making their way around the internet for decades until Rise Above records decided to put it out properly, including a few delicious vinyl editions.  If you don’t believe the hype, check out their Instagram page where you can see a classic photograph of Max Cavalera wearing a Cain T-shirt in an old issue of Kerrang!  If you mess with Cain, you mess with Max.

While my review subconsciously reflects the fact that something that was released a long time ago is now only resurfacing, it also reflects the fact that time is an important factor here.  Cain the album is not one for folks who like to be handed their gratification immediately.  This is doom metal, and doom fans (and Doom fans) will know that the joy is in the anticipation, the build, the process and the overall swelling intensity.  No one is going to hand you a catchy intro and a nifty hook for a chorus, and if you desire a quick three minutes of anything then you’re looking in the wrong place.  “Oberon: Desolate One” exemplifies this.  It takes a grand six minutes (out of thirteen) before a vocal line appears in a recognisable form.  The straining repetitive riff lurches forward incessantly like it is trying to walk through evil treacle, only changing subtly in relation to a shift in drums or the other guitars, but with incredible effect.  It involves the delight of parallax: keep something the same but shift what is around it and you get something totally new.

“So far, so sludge” you may think, “but I need more from my doom”. Well, there is more to it than that.  The album owes a lot to psychedelia, drone and space rock too. “Masters of Death” blends samples from the film Shogun Assassin (a recurring theme throughout the record) with feedback and electronic loops of noise, before disappearing back into the darkness and leaving “Bleeding” to pick up the pieces.  The latter track actually builds up beyond the grave pace of the other tracks and breaks into a gallop of New Wave of British Heavy Metal delight, wah-wah unbound.  The whole thing closes with “Lone Wolf”, another Shogun Assassin reference, and another experimental drone- this time laden with reverb, and feeling like your ears are clogged with water (or something more sinister….) The band permitted themselves enjoy their metal heritage and still experiment with something beyond the scope of that genre, which is something a majority of bands could allow themselves every now and then. The album is a reminder that even 28 years ago there were metal bands willing to push boundaries beyond just being the loudest or the fastest, and that doing something genuinely different mattered.  Cain weren’t the only ones- and I’d never say that they were- but it’s easy for those outside of the genre to see it as “all the same” (as basically everyone does about some genre or other that they don’t like).  This is more of a reminder to them than the diehard fans.  I for one would love to see them at Supersonic Festival in Birmingham, celebrating what’s best about the Midlands as well as exploring new sonic territories.  If Godflesh and Neurosis can play, so can Cain (hint, hint).

I am sorry to Cain for leaving it so long, and I am sorry to you as readers that this may have been kept from you for such a lengthy period of time.  I will endeavour to do better in the future.  I can’t promise to buy everyone who reads this a pint of their own, but know that there is one for you in my heart.  Now go forth and buy this album in one of its lovely vinyl versions, or the CD, or just whack it on spotify a lot.  You’ve got months of listening to catch up with. 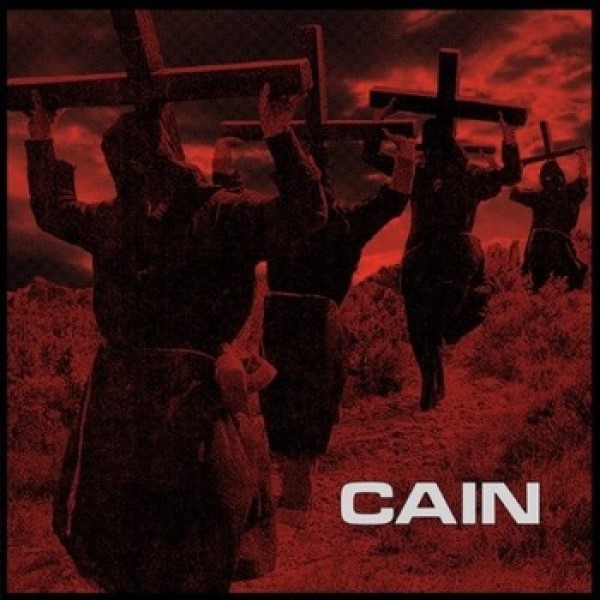