Cross-Channel collaboration crew Cage Fight have unleashed an explosive self-titled debut album every bit as vicious as it’s imposing name suggests. French singer Rachel Aspe has found her spiritual home in the UK and the quartet are fast on the road to following the same Anglo-Euro hardcore meld as Venom Prison.

This debut album throbs with intensity levels that will singe your eyebrows as breakdowns ensue, packed with more bloodied meat than your local high street butcher. With a young, open and adventurous mindset, Cage Fight slam the Brexiteers for their insular blinkered view that dominated the news agenda until it finally succumbed to even more weightier issues such as a global pandemic and the war in Ukraine.

Rachel, formerly with Eths before she move to the UK, is a skilled tattoo artist and she brings the same level of needle to her performance on this album as she does with her ink-seeking customers in the studio. Tesseract guitarist James Monteith adds a further level of experience, carving out a scorching line of shuddering grooves far removed from his from his usual prog rhythms, with bassist Jon Reid and hard-working Nick Plews on drums completing the deal.

Tracks such as ‘Killer’ and the leg-crossing ‘Hope Castrated’ highlight Cage Fight’s uncompromising stance, both lyrically and through the aural whirlwind that whips ever tighter the deeper into the album you go. 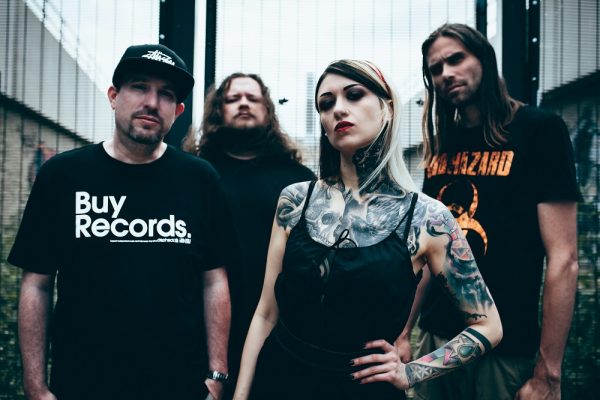 Rachel is a phenomenal vocalist and while referencing Larissa Stupar is the obvious calling card nor is the comparison disingenuous; Cage Fight displaying the same levels of conviction and heart on the sleeve approach as the Welsh firebrands.

Politically too, you feel Cage Fight are on the same socio-politico path, with racism and the class system jostling for coverage alongside more personal topics such as mental health. Tracks such as ‘One Minute’ and ‘Tell Me What Real Is’ give just a little more room for Cage Fight to open up and show they’re not mere hit and grab merchants. They’ll build tempo and atmosphere with unerring ease and when they finally pull the pin you better take a step back.

With an impactful album sleeve of the band logo, tattooed onto the palm of a hand (with Rachel at the end of the tattoo gun), Cage Fight have kicked off their career in emphatic style, exuding passion and purpose. Hardcore down to their boots, perhaps only the album’s title track veers off script with a mini rap acting as a brief diversion, while the closing cover of Body Count’s ‘Bitch in the Pit’ is a more than tasty climax.

A host of dates in support of Svalbard have recently seen Cage Fight’s burgeoning reputation as a formidable live presence enhanced and they’ll be spending June on the road supporting first Sepultura and then US hardcore legends Cro-Mags. If you miss them, then Bloodstock will offer an additional means to get acquainted later in the year.

Cage Fight is released on 13 May via Candlelight Records. Click here to pre-order. 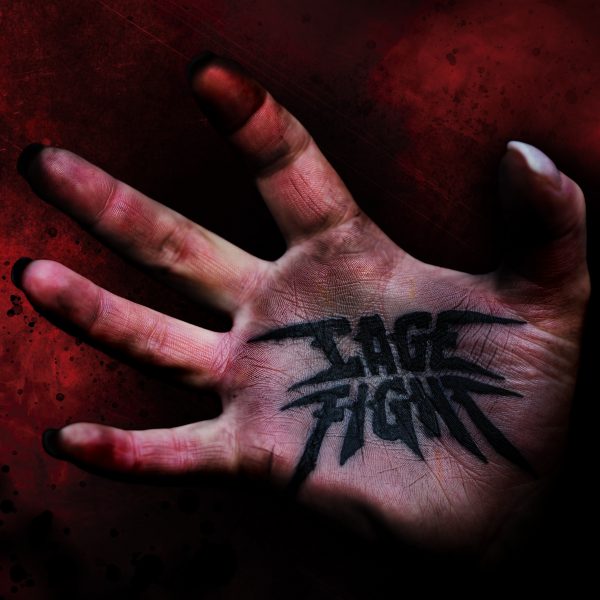