South Welsh rock’n’rollers, Buffalo Summer’s self-titled debut offering is a quality tribute to days-gone-by. Having previously supported the likes of Ugly Kid Joe and Skid Row, big things can certainly be expected from this Swansea-based quartet.

On first listen, opening track ‘She’s All Natural’ brought a smile to my face. It is a refreshing sound among other over-produced releases. The driving intro leads listeners very smoothly into the track, with powerful, organic vocals- it really makes for great, easy listening. The song is soulful, packed with easy-going southern inspired riffs and topped off with a beautiful, classic sounding solo. Launching into ‘Down To The River’, it is a great track with a real classic rock feel to it. Vocalist Andrew Hunt has a voice that could easily be suited to the arena stage.

‘Truth From Fable’ is a slow burner. Building gradually, when the chorus eventually kicks in, its upbeat vocals and thoughtful lyrics make this track a definite favourite. ‘A Horse Called Freedom’ kicks off with a riff reminiscent of 80s glam-rockers, Poison. A catchy tune with soulful vocals and a backing chant certain to insight fist-pumping in any live show. ‘Rolls on Through’ carries an impressive solo and packs a punch with the passion in Hunt’s vocals, while ‘March Of The Buffalo’ calls upon a slightly faster tempo and is armed with chanted backing vocals set to entice even the most difficult crowds.

‘Ain’t No Other’ could almost be mistaken for a Foo Fighters tracks as Hunt’s chilled out vocals sound almost identical to those of Dave Grohl. A catch track which could easily make for a festival favourite. Carrying a funky drum beat, ‘Keep On Runnin’ is a real stand-out track as it discreetly layers in hints of acoustic guitar, and it really gives the track so much more texture. ‘Typhoid Mary’ kicks off with a groove-heavy, catchy intro. The band works well together on this track to create a truly unique sound towards the end. Final track ‘Ol’ Duke’ gives listeners one last chance to sing along with a chanting chorus. Sure to be a crowd pleaser, it is crammed with clever lyrics and ends Buffalo Summer’s debut album with a brilliant sense of closure.

Overall, the album has great pace and brings a sound that is rarely heard among the bulk of new releases these days, and that in itself is refreshing. 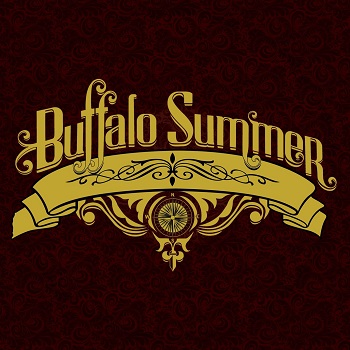