US sleaze merchants Buckcherry make a welcome return with Warpaint, their first album since 2016 and their first to be produced by Mike Plotnikoff since 15 (which gave us ‘Crazy Bitch’, their biggest hit) back in 2006.

Nothing much has changed in the interim, and nor would you expect it to really, they’re not the type of band to head down a folk-prog side road. The title track kicks off in grand style – the band locking tight into a chrome plated groove while Josh Todd (the only remaining original member) roars in fine voice, as raw and direct as ever. The attitude is intact as is the almost religious belief in tattoos, alcohol, rock-and-bloomin’ roll and staying up all night.

It’s business as usual. There’s nothing else to report – other than how damn well Buckcherry do this kind of thing. Mostly, it’s big, dirty, sexy rock. Guitars roar and wail and thunder like a well-oiled machine. Here and there are touches of gritty acoustic and low down slide, adding colour and dirt. There are stop/start riffs, full steam ahead riffs, hints of almost rap (but not actual rap, don’t panic), and bottles full of good time badass party rock.

The female backing vocals on ‘Back Down’ add a heavy Stones vibe although a thuggish chug is ever present. There are also ballads. Big, epic, dramatic key change ballads which, although sticking rigidly to the holy blueprint of 80’s rock balladry, are very effective – anthemic, emotional and vaguely autobiographical.

There is also punk, a lot of it, from the rampaging mania of ‘Bent’ to the brilliant ‘No Regrets’ with its amplified country solo and hints of The Ramones and Social Distortion. The cover of NIN’s ‘Head Like A Hole’ is a brave choice too. Catching some flak when it first appeared online, it works – ditching some of the electronic fetishism and ramping up the rawwwk, it’s fiery and thrilling, and Josh gives good Trent!

So, a triumph. Buckcherry certainly ain’t for mellowing and this may well be their best since the aforementioned ’15’. It rocks with merciless efficiency and, if you’re looking for a great leave-your-braincells-and-problems-at-the-door traditional rock album then look no further. Buckcherry are still very much in the game. 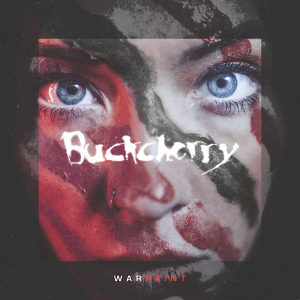