Since forming in 1983 Japan’s Buck-Tick have been carving out a unique niche in the world of alternative rock. Flitting effortlessly from post-punk to industrial via goth the band are a shapeshifting beast that’s pleasantly hard to categorise. Their 22nd studio album, Abracadabra, finds the band making another left turn and moving in a more electronic direction but without sacrificing their core sound fans know and love.

Hailing from Fujioka, Gunma, Buck-Tick’s relative isolation has furnished the band with an indefinable originality and that’s immediately obvious on opener ‘PEACE’. An otherworldly introduction that’s designed to transport you to another dimension, the band gradually adding layers of sound until the listener, almost unknowingly, is encased within walls of synths. That sets us up nicely for opener proper ‘Quesera Elegy’, a song that’s at once humongous and minimalist. Rising and falling like the ocean ‘Quesera Elegy’ is a perfect storm of scything electronics, emotive vocals and a driving beat.

‘URAHARA JUKU’ is a real stomper, a kabuki monster that’s come to assault your eardrums, with vocals that seem to exist within a spacious vacuum as the instruments fly past. ‘SOPHIA DREAM’ recalls the bands Gothic roots and, being wrapped in dark textures, is slightly discombobulating. ‘Villain’ is very cinematic as is akin to a pillion ride through a neon-lit, rain soaked metropolis and is given a forward motion by its driving beat and it’s the perfect vehicle for Atsushi Sakrai’s vocals which juxtapose gruff with clean. Darkwave electronica permeates ‘Kogoeru’ as the band lower pitches and switch to minor keys to add a certain melancholia that’s typical of the genre.

Abracadabra is a kaleidoscopic album that constantly shifts gears and introduces new ideas, yet it manages to hang together as a cohesive whole. It’s definitely a case of fortune favouring the brave as ‘Maime Mime’ introduces middle eastern flourishes (similar to Nico’s The Desert Shore) before the high NRG ‘Dance Tengoku’ explodes in shards of glistening effervescence. With a bright metallic shine it’s the most organic song thus far and, on an album that ebbs and flows perfectly, is paired with the equally joyful ‘Kemonotachi no Yoru’.

‘MOONLIGHT ESCAPE’ was Abracadabra’s lead single and, containing all the essential ingredients from the bubbling electronics to the vast expansive sound that’s overlaid with expressive vocals, it would make the perfect introduction to Buck-Tick for the uninitiated. ‘Eureka’ follows with a punky vibe that’s wrapped up in a youthful enthusiasm and places modern sounds alongside traditional Japanese instrumentation. ‘Bokyaku’ is the atmospheric closer and, like the constant ticking of a clock prophesies its own finale.

Pioneers in the visual kai movement Buck-Tick really deserve to be better known outside their native Japan and Abracadabra, a piece of musical alchemy, could just be the album that brings them into the global consciousness. 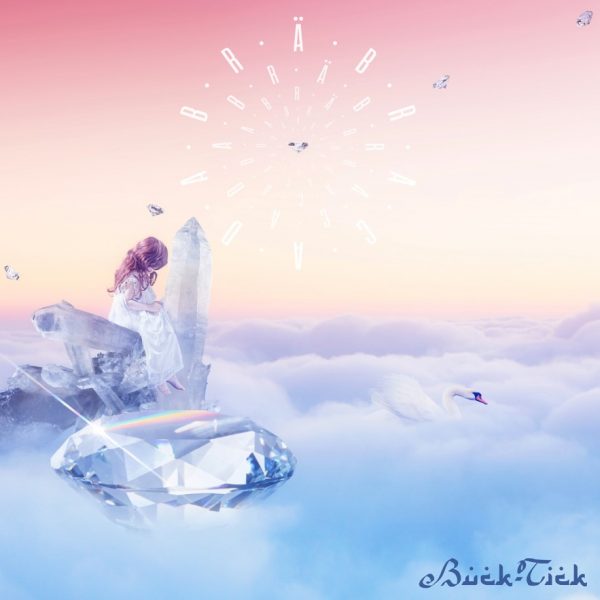