The song ‘So Happy it Hurts’ is available for streaming and download on all digital platforms HERE. The accompanying official music video directed by Adams can be viewed here.

“The pandemic and lockdown really brought home the truth that spontaneity can be taken away. Suddenly all touring stopped, no one could jump in the car and go,” says Adams. “The title song ‘So Happy It Hurts’ is about freedom, autonomy, spontaneity and the thrill of the open road. The album of the same name, touches on many of the ephemeral things in life are really the secret to happiness, most importantly, human connection.” 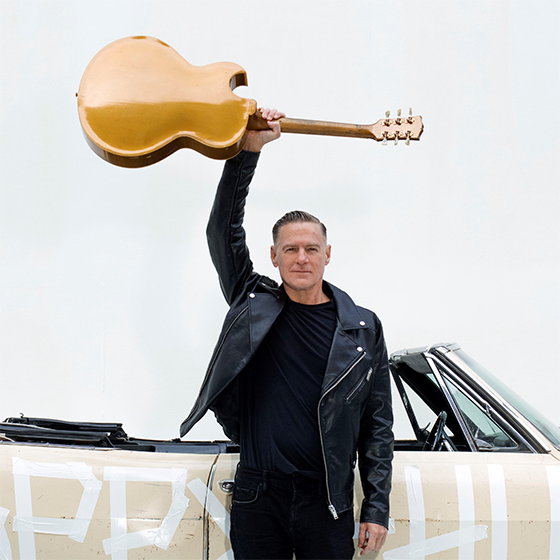 Adams, whose live concerts have established him as one of the world’s best rock singers of our time, has announced an extensive 21-date UK headline tour running from May to July 2022 including London’s O2 Arena on May 26th. Adams has also been announced to headline the Cornbury Music Festival on July 9th.

Ahead of the tour Adams will be completing a special residency at the Royal Albert Hall, London. Playing three consecutive nights starting on May 9th, Adams will devote each show to playing one of his classic albums in full, plus a selection of his greatest hits from a staggering back-catalogue.

A full list of Bryan Adams live dates can be found below, and all global tour dates and ticket info can be found on his website: https://www.bryanadams.com/tours/