In 2006, with Breakout, Brother Firetribe arrived on the crest of the melodic rock resurgence, marking themselves out as real contenders. The follow up, Heart Full Of Fire, in 2008, reinforced the notion. Six years later comes album number three and a whole lot of lost momentum. If they’d got the timing right, they could have been the pre-eminent AOR band of today, instead they’re running hard to stand still. There’s a suspicion too that their Brother Firetribe energies have been dissipated by the understandable focus of Empu Vuorinen and Pekka Ansio Heino on their day jobs in Nightwish and Leverage. But the evidence is all to the contrary.

Diamond In The Firepit is a superb, beautifully crafted AOR album, mixing keys and guitars in varying measures, creating the classy melodic rock that engages the casual fan as well as the obsessive. ‘Desperately’ (a track with huge crossover potential) and ‘Edge Of Forever’ are like wire in the blood, pulse quickening yet cool and accomplished, the kind of songs that live on in your memory long after the last notes have faded.

‘Hanging By A Thread’ and ‘Trail Of Tears’ are the ghosts of eighties’ AOR, full of stacked, floating harmonies; music suspended in aspic, emblematic of an era, gloriously hypnotic. Even minimal tunes are worked up into massive melodic rock songs – on ‘Far Away From Love’ and ‘Tired Of Dreaming’ ordinary verses are launched into orbit by towering choruses and vertiginous hooks.

If there’s a complaint it’s this: the songs tend to the same medium paced tempo. By definition, the music lacks the intensity, the sharp edges, and indeed the diversity of hard rock. Hardcore AOR fans may not see this as a problem. Others may find themselves disengaging from the music as the album wears on. That said, few albums will recapture that decade’s almost palpable feelgood factor like ‘For Better Or For Worse’. Works for me. 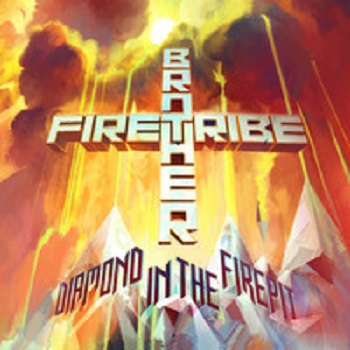