Putting two legendary musicians together can be a risky business; sometimes the results can create a musical alchemy and sometimes it can fail spectacularly. I’m pleased to report that the union between Brix Smith (The Fall, Adult Net) and Marty Willson-Piper (The Church, All About Eve) falls into the first category and has produced pure gold. Originally recorded in 1997 and, far too good to lay dormant, the aptly titled Lost Angeles finally gets a release via Grit Over Glamour/Cadiz Music.

Written and recorded when Brix was at an emotional ebb, Lost Angeles is a brutally raw album, but you’d never guess by listening to opening track ‘Backwards’. A delicious piece of ear candy that’s wrapped up in swirling organ and backward masked guitars it is an exercise in neo-psychedelia on which Marty immediately makes his mark. Reminiscent of his early work with The Church, his guitar tone seems to emanate from another dimension while Brix’s heartfelt lyrics are delivered with just the right amount of bemused defiance and the result is a song that gently wraps its tentacles around your memory bank. The juxtaposition between Marty’s bright timbre and Brix’s dark lyricism creates an intriguing tension of opposites, and that’s just one of many that echo throughout Lost Angeles.

Sharing vocals on ‘Sorry’ Brix and Marty’s words have a ‘push and pull’ effect (those divergent forces again), each acting as a foil to highlight the other and almost wrenches the listener in two directions. Ticking like a clock, only off kilter, ‘Super Softly’ is slightly discombobulating with Marty’s guitar lines painting surreal pictures and the effect is a haunting, otherworldly piece of music that creates a dreamlike feel, yet the abrupt sonic shifts are designed to wake you from your slumber. Shimmering like water fractured on a lake ‘Star’ floats languidly, but beneath the surface there’s the threat of danger and that echoes throughout; it’s psychedelia but with a strong pop sensibility, the bitter and the sweet, trick or treat.

It’s no surprise that Brix’s tenure in The Fall was regarded as the band’s finest era (and, daresay, the  most listenable) and she brings some of that magic to this project. Lost Angeles does sound like it originates from the late ‘90s, especially the alternative end of that decade, yet it has certainly aged better than most music from that era. An amped up, fuzz drenched cover of The Ramones’ ‘Here Today, Gone Tomorrow’ has the feeling of musical therapy with the instruments being hit especially hard. Aided by an expansive production ‘Hooves For Hands’ sounds absolutely massive and, akin to being in a floatation tank, it’s lithe and airy and makes for a rather haunting closer and its ghostly spectre will obsess you long after the disc’s stopped spinning.

Another piece in the puzzle that is Brix Smith, the long overdue Lost Angeles was certainly worth the wait and while the lyrics can sometimes make an uncomfortable listen, it’s always rewarding. 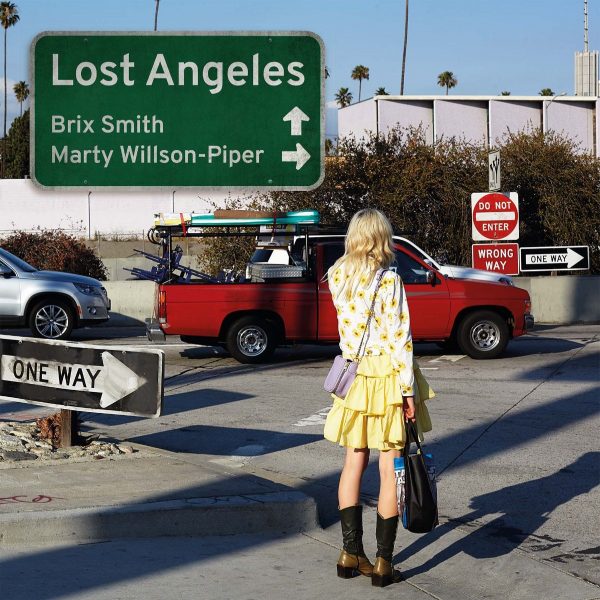