It’s been exactly two years since BRIDEAR last graced these shores and my eagerness for their return has been prolonged by the global pandemic. Tonight’s show is special for several reasons but, as the BRIDEAR’s first ever UK gig outside London it’s fitting that it should be here in Birmingham, the very home of heavy metal and at The Castle & Falcon too; a neat venue beating in the heart of the city and if you haven’t paid a visit yet, you need to rectify this as soon as possible. 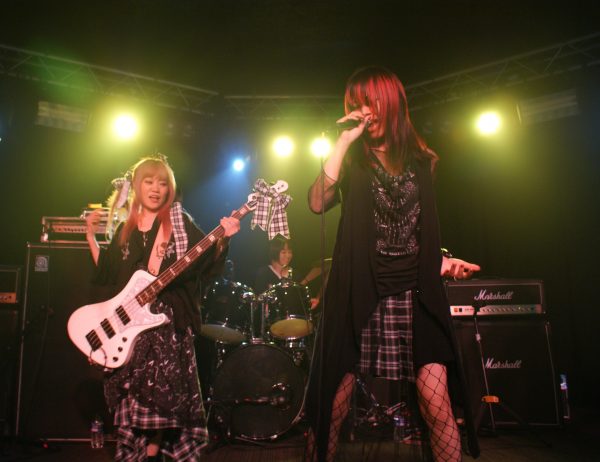 There’s no support band tonight so we don’t have too long to wait for BRIDEAR but an air of anticipation hangs heavy nevertheless and the feeling of expectation is almost tangible. A spooky intro tape ramps up the tension to an almost unbearable level so it’s something of a relief when the band appear and launch into ‘Ghoul’. It’s an explosive number that fractures sound in every direction and finds guitarists Ayumi and Misaki firing off each other, firstly trading electrifying solos then riffing in tandem to create a huge wall of sound. With barely a pause for breath ‘Ignite’ follows and is the spark which lights the touchpaper and fires up the crowd who respond in kind by chanting in unison and with every fist punching the air. Vocalist Kimi is a bundle of nervous energy and dances over every inch of stage while delivering some pretty nifty vocals. 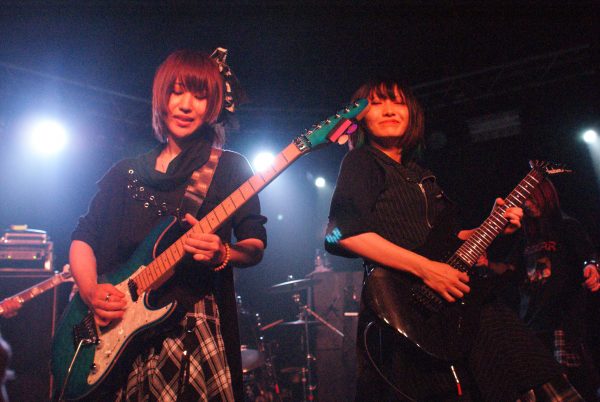 It seems we’re living in the golden age of female Japanese metal groups with LOVEBITES, Mary’s Blood and Nemophila all beating a path into the Western consciousness, yet BRIDEAR have un certain quelque chose that sets them apart from their peers. They’ve a sound that encompasses alternative rock, power, and traditional metal but it’s all stitched together by a strong sense of melody and that’s best exemplified by ‘KESHIN’. Featuring frenetic fretwork from bassist Haru (whose growling vocals could give Deicide’s Glen Benton a run for his money) ‘KESHIN’ is at once heavy as hell but also strangely danceable and makes the whole venue ululate as one.

A song of many shades ‘Brave New World Revisited’ is an eerie number featuring an ominous tolling bell and it’s here that drummer Natsumi comes into her own by guiding the band through a series of complex suites. Tonight’s set is largely pulled from the band’s previous two albums with three from latest, Bloody Bride, unleashed in quick succession. The title track from that record follows soon thereafter and it’s a beauteous beast which comes heavily laden with an inherent groove and ensures it swings like an uncontrollable wrecking ball. An elongated ‘Light In The Dark’ would make a fine set closer but, after a quick change of clothes, BRIDEAR return for a well-earned encore and a riotous run through of ‘Again’ ensures that everyone leaves happy.