Hailing from Fukuoka, Japan, BRIDEAR will soon be celebrating their 10th anniversary and what better way to celebrate it than with a career defining album? Rather surprisingly Bloody Bride is the bands first international release but it looks certain to bring their unique brand of metal to a worldwide audience.

An introduction designed to transfer you to another dimension ‘Deep Blue’ is a sedate soundscape that gives no hint of the coming storm. With a lazy EDM vibe it’s slightly unsettling and gradually adds layers as the band lure the listener deep into their world. In stark contrast opener proper ‘Daybreak’ arrives amidst some sublime harmonies and a thunderous drum roll and succinctly sets out the bands stall. Exploding like ticker-tape it’s at once powerful and emotive and, with unbridled energy, it is sure to transfer well to the live environment and cause havoc wherever it’s played. Despite the sonic fury contained within ‘Daybreak’ comes heavily laden with groove which renders it an earworm of the highest order.

The last few years have found some major line-up shifts in the BRIDEAR camp with only vocalist Kimi and bassist Haru remaining from their original incarnation. However, this team gel together particularly well and builds on the good work from 2019’s Expose Your Emotions. Drummer Natsumi has made the drum stool her own and proves to be something of a beast behind the kit and powers the title track forward like a runaway locomotive. Accompanied by a blood curdling video (quite literally) ‘Bloody Bride’ features a haunting mid-section with plenty of spooky voices (make sure you keep the lights on!) and makes a nice foil for the heavier passages that bookend the song.

With an insanely catchy chorus ‘Dimensions’ really swings and recalls the bands groove metal roots while Kimi’s brief flirtation with rap stylised vocals signposts an interesting future. Contrasting guttural growls with clean singing creates an intriguing tension of opposites on ‘Keshin’ and, factor in some hard hitting drumming, you have a track that stomps like an angry monster. A bullet from a pistol is ‘Glitter’ and it doesn’t hang around with rapid fire gang vocals adding more than a touch of urgency before ‘BOY’ stomps like Gene Simmons in full kabuki make-up. Something of a musical chameleon ‘BOY’ shape shifts and finds guitarists Misaki and Ayumi trading a pair of blistering solos then riffing in tandem to deliver the ultimate skull crusher.

With keyboards that seem to emanate as if from a haunted chapel ‘Dream Eater’ swirls like morning mist over a lake. There was a time when keys in metal were decidedly naff (think Bon Jovi and Europe) but here, used sparingly, they create deep textures that jar nicely with the buzz saw guitars. On an album that fairly races along ‘A Glorious World’ is a more measured track that injects a change of pace and it’s quite uplifting in that power metal way. Continuing in a similar vein ‘Starlight’ gently wraps tendrils around the listener and while I think an all out rocker would have made a better closer ‘Starlight’ does have a certain ambience that makes for a whimsical conclusion and ensures the album on a wistful note.

Several tracks on Bloody Bride incorporate English lyrics which suggests the band are aiming to hit the Anglophone market and with bands like LOVEBITES and Aldious currently riding high, why not? Bloody Bride is a major step up in class and rivals the intensity of their debut EP (Overturn The Doom) and could just be the album that propels them towards global recognition. 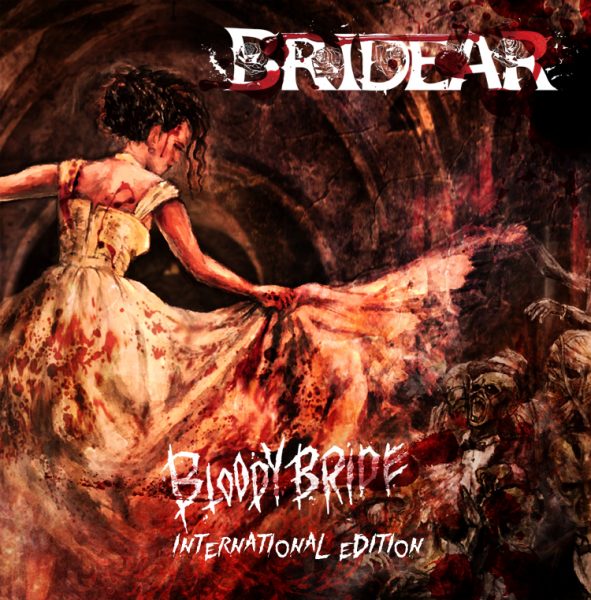