Having helped define the Palm Desert scene by drumming on seminal albums by Kyuss, Fu Manchu and Mondo Generator, multi-instrumentalist Brant Bjork now unleashes his 11th solo record. With its eponymous title (usually reserved for debuts), Brant Bjork can be viewed as something of a rebirth, a back to basics effort, but don’t expect any radical departure, just more of that classic stoner vibe.

With the right amount of distortion and tone on his guitar Brant opens the album with ‘Jungle in the Sound’, a track that awakes like a slumbering giant. Less weighty and oppressive than his previous bands it seems that Brant has traded power for evocative atmospherics. Nevertheless, for all its minimalism ‘Jungle in the Sound’ has a mammoth vibe that lurches out of your speakers to fill the whole room. Taking a more measured approach it saunters into town with a ‘70s feel and a riff to die for which opens like a lotus flower. Anyone who’s led a slacker past will recognise this laid back beat which mixes classic blues and rock with an almost jazz sensibility.

Like a hypnotist’s watch that ticks with metronomic precision ‘Mary (You’re Such a Lady)’ swings with a bluesy rhythm that’s akin to a trawl trip through a New Orleans opium den. In a smoky, dimly lit club with red plaster peeled walls you can just imagine Brant on stage, with his oak aged voice, coolly crooning this song. On Brant Bjork there’s little beyond bass, drum and guitar yet Brant has captured the essence of his native Palm Desert: it’s an album filled with warm rustic hues covered with a vast crystal sky. And, perhaps attesting to its proximity to Spanish speaking Mexico, a nod to the smooth sounds of Santana. That’s most evident on ‘Jesus Was My Bluesman’ which sublimely slivers like a snake atop warm sunburnt sand.

A fine circular riff powers ‘Cleaning Out the Ashtray’ and it’s something on an earworm that’ll burrow deep into your cranium with its beauteous beat. Brant Bjork pretty much cruises along in the same gear throughout (imagine Lynyrd Skynyrd on Qualudes) and some might lament the lack of variation but I like the unified feel it gives the whole album. Listened to from start to finish Brant Bjork, perhaps unintentionally, sounds like a concept record, one long flowing piece of music: the songs are separated yet segue seamlessly. ‘Duke of Dynamite’ follows and confidently swaggers into view, John Wayne at his coolest, demanding your full attention with its punchy riff that contrasts the amphetamine spiked guitar solo. 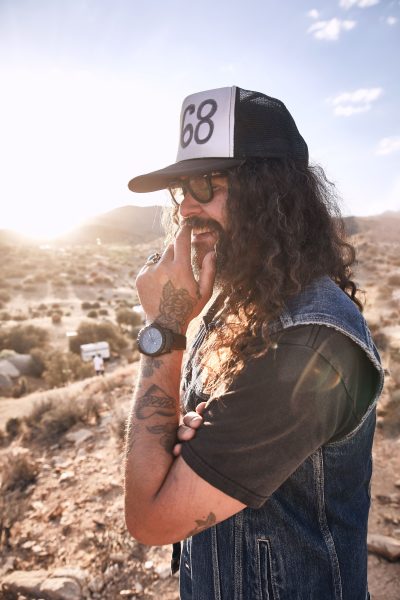 Brant’s lyrics on ‘Shitkickin’ Now’ are delivered as if by a wise old bluesman as this drug induced nightmare uses callback vocals to create a real feeling of paranoia. Fleet of foot, the nocturnal ‘Stardust & Diamond Eyes’ creeps like an alley cat through deserted streets. Like a bird with clipped wings it’s a song that tries to fly yet the heavy riff keeps it firmly grounded. The album closes with the acoustic ‘Been So Long’, a track that distils the entire album into a two-and-a-half-minute song and, with a riff that echoes album opener it seems things have come full circle. Having played every instrument on the record i(hence the title Brant Bjork) t’s pertinent the album should end with just Brant and guitar for an ethereal ending.

Brant Bjork finds the artist on something of a roll having released four albums in the past for years (with the latest effort following Jacoozzi by exactly 12 months) and with no discernible drop in quality. If anything, this latest opus is a more mature effort as it doesn’t contain the more humorous Cheech and Chong style tracks that popped up on previous releases. Whatever your poison, grab it and get down with Brant Bjork. 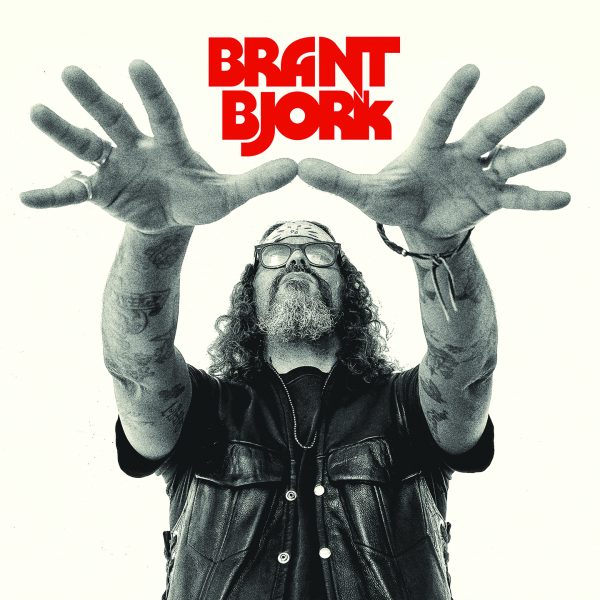