Formed in 2003 Chicago’s Born Of Osiris emerged from the same fertile Illinois scene that birthed the likes of Veil Of Maya and Oceano. Born Of Osiris’ sixth album, Angel Or Alien, continues the good work of 2019’s The Simulation and finds a band rocking their signature sound whilst confidently forging new ground.

Beginning with the briefest of introductions opening salvo ‘Poster Child’ doesn’t waste time on preliminaries and tumbles over the listener with the force of a rockfall. Like seeing your reflection in a bullet that’s about to enter your cranium it’s bold and stark, and all the better for it. There’s a 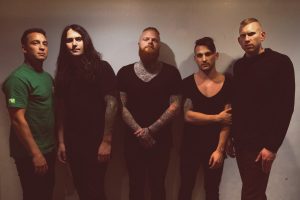 tension of opposites that runs throughout this album that juxtaposes ethereal soundscapes with a brutal brand of metalcore and the result is a record that ululates as if a series of tsunamis. The quieter passages only serve as a foil to highlight the louder, ensuring that when the band kick in, they kick in hard. In between the two lighter passages that bookend ‘Poster Child’ drums fire with metronomic precision and are detonated like a series of depths charges while Ronnie Canizaro’s vocals are collocated by Joe Buras’ and the pair attack in unison to deliver a full on sonic assault.

As you’d expect from a band in their porcelain year Angel Of Alien finds Born Of Osiris at the top of their game and the inclusion of a Dream Theater-esque flourish mid song is the type of decision that sets Born Of Osiris apart from their peers. While the band are no mere copyists they don’t shy away from their influences and I’m picking up a definite In Flames vibe on the title track as guitar maestro Lee McKinney unleashes an unwieldy rainbow-like solo. However, for all their brute force and musical invention Born Of Osiris never lose sight of important stuff like melody and song structure which ensures tracks like the monolithic ‘Oathbreaker’ and the equally weighty ‘Threat Of Your Presence’ are infused with an inherent groove and swing with the majesty of a huge wrecking ball.

Heavy as hell but fleet of foot ‘Crossface’ contains plenty of counterpoints which finds the sound fractured in different directions and resembles light filtered through a prism. The aptly titled ‘In For The Kill’ goes straight for the throat and barely lets up over four wonderfully chuggy minutes. Imagine being trapped in a room with the most depraved serial killer and you’d have something approaching ‘In For The Kill’. Something of a musical maze ‘You Are The Narrative’ recklessly switches time changes and leaves the listener slightly dizzied at its conclusion. My constant thought when spinning this album is how well these songs will transfer to the live environment and the penultimate ‘Truth And Denial’ is sure to ignite pits wherever it’s played. In opposition to the rest of the album closer ‘Shadowmourne’ takes a more measured approach and pulls all the various strands into a cohesive whole and ensures Angel Or Alien ends on an ominous tone.

Not content to rest on their laurels, each Born Of Osiris’ manages to top the last and Angel Or Alien is no exception and could be the album which breaks through into metal’s premier tier. 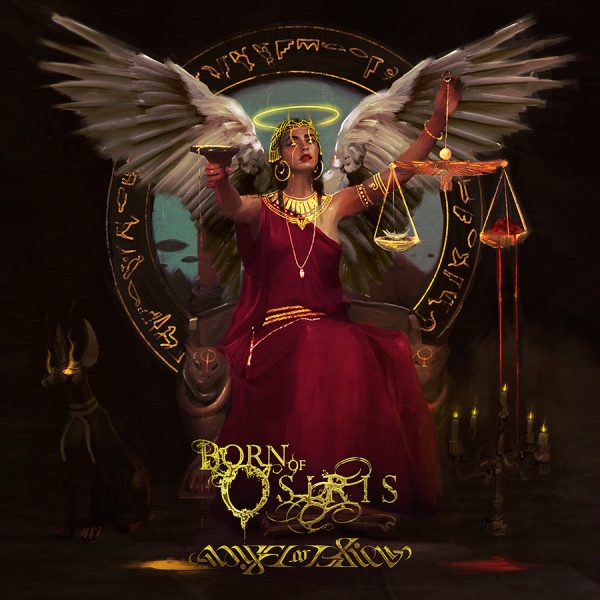