It’s an absolute cliché to say that any societal or political upheaval creates nothing but great, epoch-defining political music – every Bob Marley has an Abba; for every Clash, there’s a disco-era Bee Gees; for every Rage Against The Machine, a Spice Girls.

What’s less disputable is that when Western societies are shaken out of their complacency, there’s always an abundance of angry musicians ready to drink from the troubled water and spit it back out in the recording studio. Blues in the 40s, country in the 50s, folk in the 60s, punk in the 70s, rap in the 80s, metal in the 90s (with obvious and massive crossover, don’t trouble the comments section).

Those last three or four are the foundation of Body Count. Founder Ice-T, in his own words, “hustled his way” through the 80s L.A. rap scene before landing greater success as a rapper, actor and metal frontman in the early 90s. Drawing lyrically from rap, punk and folk (his first major label president saying “he sounds like Bob Dylan”), Body Count was ostensibly formed just to give T’s friend (and founder BC member) Ernie C a chance to play some heavy guitar, and more obviously to give Ice a chance to draw on his metal influences.

So, from controversial 1992 single ‘Cop Killer’, via their frontman playing both cop and killer on screen, to here – Body Count’s history has been notably on/off. A few albums which slipped under the mainstream radar, a handful of collaborations and festival appearances….one could be forgiven for thinking that BC were a side-project which had slipped their main man’s mind to the point of obscurity.

Another cliché would be to use the phrase ‘back with a vengeance’.

Carnivore kicks off in exactly that vein with the album’s title track – a self-confessed diatribe against veganism (sorry, vegans) with the album’s aural and lyrical viscerality evident from the off.

And it’s mostly great. Second single ´Bum Rush’ flags up the ongoing water pollution in Flint, Michigan, via gang culture and the idea of now being ‘woke’ over a piledriving double-kick and bass backline; an appearance from Power Trip’s Riley Gale lends some metal authenticity to ‘Point The Finger’, Sabbath-influenced ‘Another Level’ is enhanced by the presence of Hatebreed’s Jamey Jasta.

There are skip-tracks (a note-perfect yet by-the-numbers ‘Ace of Spades’ and Amy Lee of Evanescence Amy Lee-ing all over otherwise lyrically-worthy ’When I’m Gone’) but for the most part it’s a pulse-pounder of a record.

Special mention goes to what might be the definitive version of ‘Colours’ (after the original Ice T take in 1988, the Machine Head version in 1997 and a dozen others between and since) – the actual merging of rap and metal that we’ve been waiting for since the mid-90s, even featuring Slayer’s Dave Lombardo on drums. A single track that leaves you taking a breath at the closing bars, not knowing that you’d been holding it – the epitome of a musical masterpiece.

Carnivore is worth your time purely as an example of how rap/rock has evolved like a crocodile, if nothing else – this reviewer normally isn’t guided by YouTube comments, but the one saying, “this sounds like it came from the 90s and that’s not a bad thing” is what inspired this review in the first place, and isn’t a bad summary. 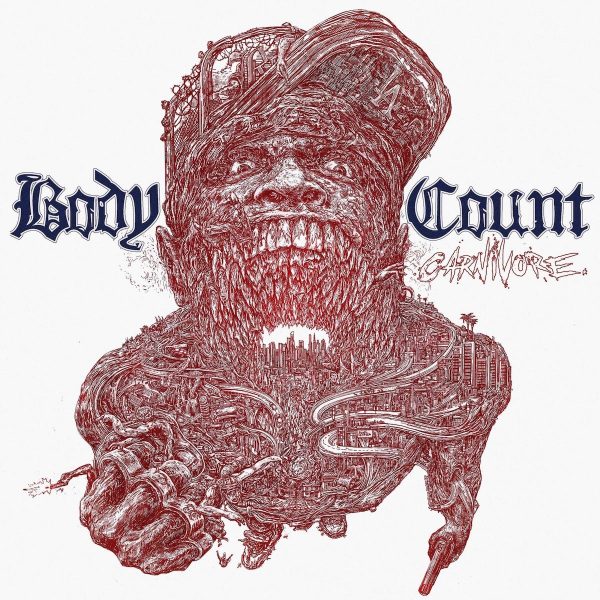