And so Blues Pills eagerly awaited debut is almost upon us (no.17 on the Amazon rock pre-release chart, not bad for a debut). This multi-national band have ratcheted up the expectation levels with the gradual release of 2 stunning EPs and finally the full length is ready, replete with the pre-requisite psychedelic artwork (courtesy of Marijke Koger-Dunham) and top drawer production by Graveyard knob twiddler, Don Alsterberg.

Retro rock seems omnipresent at the moment, but, no matter how good or popular the band is, they never seem to become huge. Perhaps because it does only tend to look back (albeit with a nice, modern, production sheen) and also because perhaps, retro bands always sound once removed from the source, they never quite convince. Maybe because the original bands who inspired them were not sepia tinted – they were moving forwards, experimenting, pushing the envelope, trying new things which is what the majority of the retro dudes resolutely do not do.

Blues Pills, however, are not the majority. They have a couple of not-so-secret weapons up their sleeves which give them a welcome shot of originality and a bit of a head start on the competition. Namely Swedish vocalist Elin Larrson and guitar wunderkind Dorian Sorriaux. Larrson’s vocals really do take the songs off in new directions. Her soulful, sometimes powerful, sometimes elfin voice inspires more reaction and emotion than a dozen open-shirted blues hollerers! There are hints of numerous singers – a dash of Joplin’s grit, a smidgen of Beth Hart and Imelda May, a soupcon of Joss Stones youthful soul, a pinch of Beth Gibbons other worldliness and even some of the husky power of Elkie Brooks (no don’t laugh! Check out Vinegar Joe – she rocks!). But her Scandinavian inflections take it all to a whole other, off kilter, ethereal place.

And guitarist Dorian Sorriaux is a revelation – he can’t be just 17! Where does his maturity and taste and blues knowledge come from? He has obviously travelled back to the crossroads and studied the blues motherlode rather than the seond or third generation of shredders and Hendrix copyists. Yes he can corral a dazzling array of distorted noises and roars when needed but his chops come from Peter Green and the three Kings (B.B., Freddie and Albert)…tone and the space between the notes, that’s what matters. Check out the guitar showcase of ‘Black Smoke’, enough piercing solos and riffs to fill a whole album by lesser bands.

It’s an album of soul, subtlety, dirty, greasy, in-the-gutter riffs and solos that look to the stars. Build and release ballads and Hendrixy groove thangs. 50’s torch songs with subtle reverb and tangling vines of scuzzy fuzz, slow burns and rocking pay offs! Yes there is a touch of retro but this release is so much more than that, we will be hearing much more of Blues Pills, feeling this good after listening to this is no placebo effect, these pills are good shit! 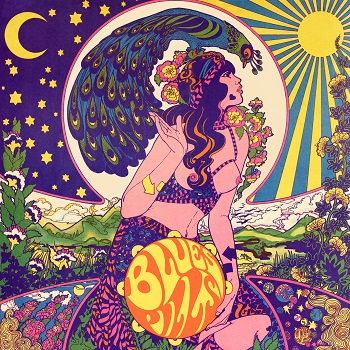