These Swedes, you got to hand it to them…. From Abba through to Graveyard they appear to have some kind of inherent sixth sense that makes their melodies richer than a slice of Red Velvet cake. That’s how it feels with Blues Pills too. The band formed in Örebro in 2011 and Holy Moly! is their third studio album, with a couple of live albums also under their Scandi belts.

Vocalist Elin Larsson is a natural singer, with an enviable range that allows her to effortlessly dance between heavier rock anthems, melancholic smoochies, through to weepy ballads. The band’s previous album Lady in Gold really saw Blues Pills make their mark, with the title track a particularly infectious highlight.

The good news is that Holy Moly! Is no less enthralling, hitting the ground running with the lively opener ‘Proud Woman’. ‘Low Road’ and ‘Dreamin My Life Away’ are equally robust but things take a distinct turn on the moving ‘California’ when Larsson’s luxurious tones take on a more considered form, while her ability to reach up to the high peaks displays the full breadth of her reach.

While there’s a real spirit pulsing through these tracks, the content is frequently deep and dark, the band having revealed a whole variety of problems the collective faced at the time they were working on the album. The starry-eyed ‘Dust’ reflects some of this as Blues Pills again bring things down to a doomier tempo.

Larsson co-wrote the album with Zack Anderson and the latter’s psychedelic guitar strokes breathe life into every track with Kristoffer Schander’s rumbling bass grooves holding up the low end.

Larsson’s voice is blessed to the extent that she can pretty much stand a song up just on her own, as she does on the spine-tingling ballad ‘Wish I’d Known’ on where her soulful expressions make for one of the album’s undoubted highlights.

The rockier ‘Bye Bye Birdie’ gives André Kvarnström licence to pick up his sticks and shatter the reverential ambience, merely highlighting Blues Pills’ ability to go up and down the gears as smoothly as the yellow jersey wearer in the Tour de France.

Although there’s a distinct retro charm about the way in which Blues Pills go about their work, the sound retains an easy freshness which ensures that this is a record you won’t need much persuading to go back to. 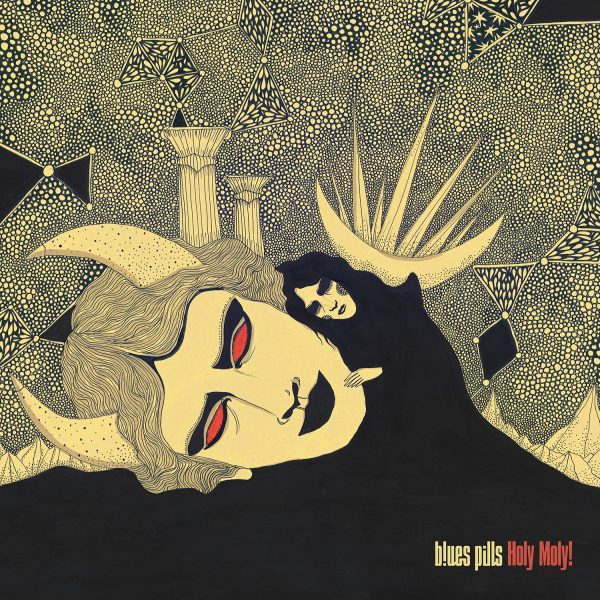