Whatever else has happened in 2020, it’s been quite the year for Blue Oyster Cult fans. Since the band signed with Frontiers records, releases have been appearing on a regular basis. Not only a re-release of their last studio album, “The Curse of the Hidden Mirror”, there have been no less than four live albums, some of which were accompanied by DVDs. The quality of these live releases varied somewhat, but at least two of them were excellent, emphasising that while the band’s studio output has been sparse, they remain a potent live act, even now they’re approaching their 50th Anniversary, as anyone who saw their show at the Institute in Birmingham not long ago will know. And now, the icing on the dizbusting cake, a brand new studio album, with the evocative title “The Symbol Remains.

With ‘…Hidden Mirror’ having come out as long ago as 2001, and that album having had disappointing sales, in the years following the band had stated that there seemed little point in recording anything new, but that opinion had wavered recently, with guitarist Don ‘Buck Dharma’ Roeser suggesting that the current line-up was too good not to be recorded, and so with a few songs in hand, and planning to write more during the album sessions, the band began work on their fourteenth studio album (not counting ‘Cult Classics’). Buck also stated the band wanted the new music to stand up to the ‘quality and vitality’ of their earlier recordings, and I think it’s fair to state right at the start: ‘Mission Accomplished’.

The opener ‘That Was Me’, couldn’t be by any other band, Eric Bloom’s vocal taking you right back to the halcyon days of ‘Tyranny and Mutation’ and the mighty ‘Secret Treaties’. There’s even a guest appearance by original drummer Albert Bouchard on backing vocal and, but of course, cowbell. ‘Box In My Head’ has a more melodic sheen, with a Buck Dharma vocal, yet more evidence that the band could have been one of the all time great AOR bands, if they weren’t so restless and mischievous, and hadn’t been one of the all-time great hard rock bands. Tainted Blood’ is a significant track in terms of BOC history in that it’s the first song with a lead vocal by Richie Castellano. His voice gives it an almost ‘rock opera’ feel, it’s the latest in a long BOC tradition of songs about vampires, with an absolutely terrific chorus, and yet more evidence of why Buck Dharma is one of the finest yet most underrated guitarists in rock.

‘Nightmare Epiphany’ has another Buck vocal, with almost a marching riff, Danny Miranda’s bass giving the song a kick and another great chorus, not to mention some more sublime guitar. ‘Edge of The World’ invokes another traditional BOC subject, alien abduction, a song in the best traditions of ‘The Vigil and ‘Take Me Away’, with a nod to ‘The X-Files’ and a proper ear worm as well. ‘Train True’ starts as a straightforward rock song, then as it hits the chorus speeds up like the train Buck’s singing about, like a cross between Quo and the Stray Cats. ‘St Cecilia’ is a more straightforward song, with another vocal from Richie Castellano, before the band flex their metal muscles on ‘Stand and Fight’, complete with fist pumping ‘Hey! Hey!’ chorus. ‘Florida Man’, one of the most interesting songs on the album, with Buck’s melodic and commercial sense crossed with some unsettling lyrics involving madness, lost souls and a curse. ‘The Alchemist’ is another heavier song, the longest on the album, with a fine Eric Bloom vocal, and more typical BOC lyrics along the lines of ‘Flaming Telepaths’.

There are 14 tracks on ‘The Symbol Remains’, and a lot of music, and there’s a sense that towards the end it runs out of steam slightly. Two more Buck Dharma songs and the rockier ‘There’s A Crime, don’t have the same impact as the rest of the album, and they seem a strangely low-key way to end the album as a whole.

Nevertheless, this is a very strong return album for BOC, most of the songs are really good, the playing is sublime, and there’s even the odd diversion into pastures new. Here’s to hearing some of this stuff played live one day. 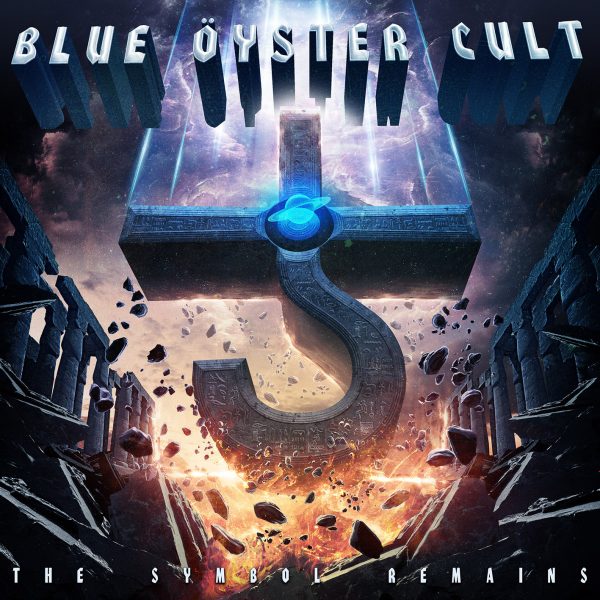