After the festival’s biggest and most successful year in 2021 – an absolute triumph in the face of adversity – the M2TM programme is back! Plans are already well underway with local promoters and Bloodstock is aiming once again to track down the hottest new metal talent who’ll win slots to perform on their Hobgoblin Beer-sponsored New Blood stage.

M2TM 2022 will initially take place in 28 regions across the UK, Ireland and Norway, with further regions to be announced as soon as possible. See the full list of participating regions below, and if you’re in a self-released or unsigned band and want to try out for a slot on the Bloodstock bill, get in touch with the event nearest you and get yourselves involved!!

One winner from each region will secure themselves a slot on the New Blood stage and some of the very best runners-up may also get lucky, space permitting. In August 2022, you, or your favourite local band could be stepping on stage at Bloodstock !

Bands should get their applications into their nearest regional promoter ASAP, as heats kick off in the coming weeks. Any local promoters in regions not yet represented can email Simon Hall (simon@bloodstock.uk.com) for information if they wish to host the scheme in their local area.

Full details of venues and who to contact to enter in each region, can be found here.

With tickets selling faster than ever, all VIP packages, Early Bird tix and campervan passes are already sold out. Weekend camping tickets & child tickets are available now at the ticket store. 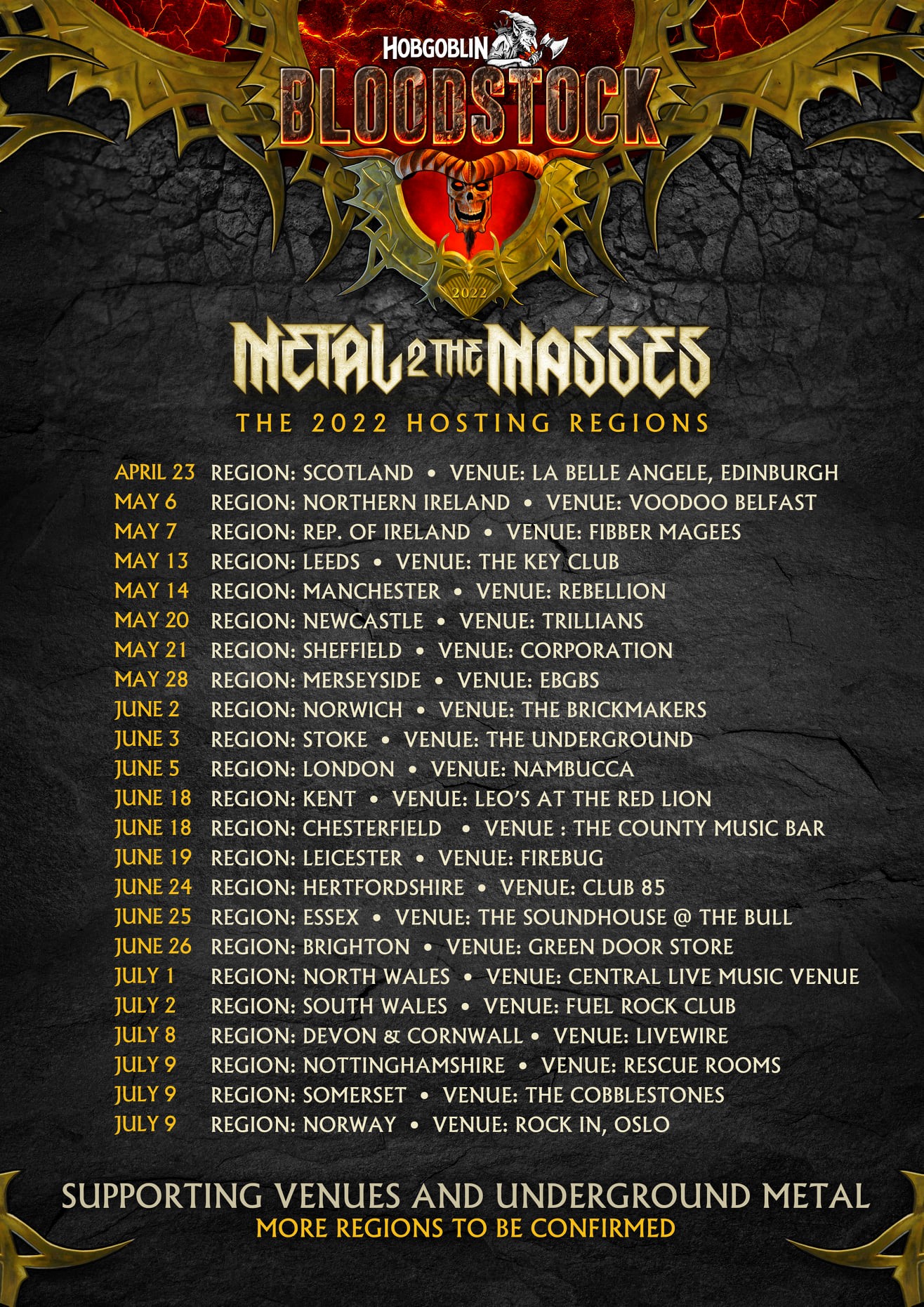