India is probably not your first thought when thinking thrash metal (it certainly wasn’t mine) but Mumbai’s Bloodkill have arrived to shatter any preconceived ideas. Throne Of Control is their debut album and it seems set to place Bloodkill firmly on the global metal map.

‘The Unveiling’ is the aptly titled opener and it’s an otherworldly piece of music designed to transport you to another world. Layers of sounds are added and gradually ramps up the tension which only hints at the coming storm. Seguing into ‘Blindead Circus’ with a wall of feedback the spell is finally broken as Bloodkill wheel out the heavy artillery and arrive with the force of an invading army. Perfectly straddling the line between heavy metal and thrash ‘Blindead Circus’ is something of a sumo wrestler throwing his weight around. There’s a definite Teutonic influence detectable in the twin guitar attack as six stringers Vishwas Shetty and Shubham Khare alternate between some serious shredding and chugging riffs. 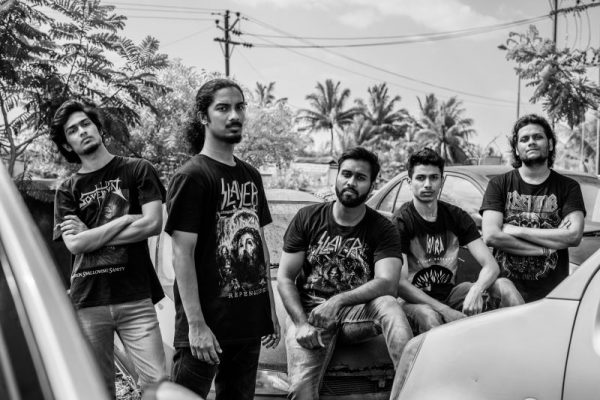 A powerful, expansive production gives all the instrumentation room to breathe as the guitars reverberate from speaker to speaker and they’re anchored by a satisfyingly deep bass rumble. Bloodkill avoid the stereotypical sword-and-sorcery lyrical fare in favour of a realism that adds extra depth which makes tracks like ‘False Face’ infinitely heavier. Musically, too, there’s plenty of variety on offer as ‘3B’ (the bands debut single) trades speed for power as the band deliver a crushing affair with Anirudh Gollapudi’s vocals veering into metalcore territory. ‘Unite And Conquer’ is an all out rocker that’s punctuated by huge white spaces and draws favourable comparisons with classics like ‘Wrathchild’ and ‘Bloodstone’. It really is that good.

Crystalline, acoustic guitars create an eerie intro to ‘Horrorscope’ which soon explodes like a cluster bomb spraying shards of metal in every direction. Again, the guitar work is spot on and manages to be simultaneously heavy and ethereal and dances lithely over the solid foundation provided by drummer Jay Patil and bassist Yash Wadkar. Reminding me of latter day Testament ‘For I Am The Messiah’ comes preloaded with groove and could quite easily have originated from the Bay Area. The breakdown mid song is a thing of beauty and makes the electromagnetic energy which bookend the song even more frenetic.

All good thrash albums need a high octane closer and I’m pleased to report that ‘Throne Of Control’ is a neck snapper that perfectly fits the bill. Made in the image of ‘Hook In Mouth’ and ‘Open Season’ it fairly races along, sweeping the listener up within its tsunami, but the band are wise enough to throw in some neat time changes and false stops as Bloodkill regroup for another attack. A car with no brakes hurtling towards a cliff edge it ensures Throne Of Control ends on a suitably raucous note.

At 34 minutes Throne Of Control is a fairly brief album but therein lies its power: it doesn’t overstay its welcome. Leaving the listener hungry for more Bloodkill’s debut album marks them as ones to watch. 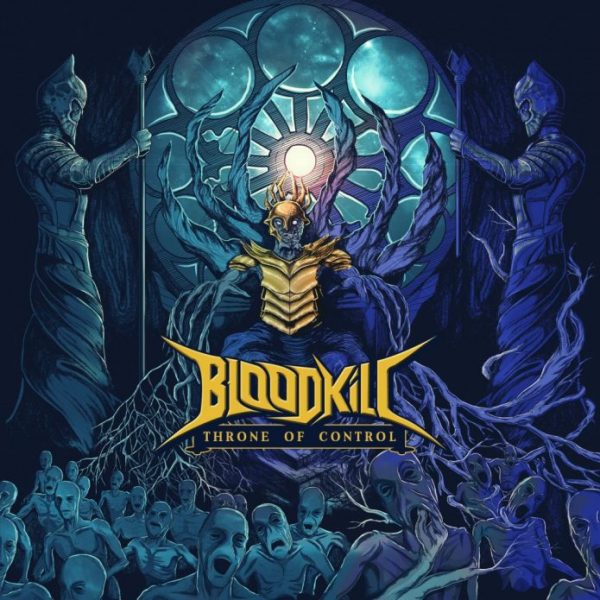