Raised and weaned on the hard streets of New York City, (back when the five boroughs were much more Taxi Driver) vocalist John Joseph’s rage found an outlet in hardcore punk. As part of legendary band the Cro-Mags, he forever changed music’s landscape and he continued to influence all things heavy with later bands Both Worlds, Bloodclot! (notice the exclamation mark) and his current project, Bloodclot. In terms of heaviness, latest album Souls takes things off the Richter Scale and those who like crossover in its purest definition; the thump of metal delivered with punk attitude and suss will find a spiritual home here.

After a brief, rather unsettling introduction, Souls gets straight down to business with the ferocious title-track, and form herein it’s a white knuckle ride that rarely lets up over 20 blistering minutes. While some might bemoan the relative shortness of this album, the fact is that Bloodclot pack more into one song than most bands put into a career, and ‘Souls’ is bursting at the seams with chunky riffs, gnarly solos and, of course, John’s sandpaper rasp. It’s the equivalent of being continuously punched in the face by Tyson Fury, yet there’s a strong groove present which makes it extremely mosh-able, and it’s sure to cause all sorts of havoc previously only seen at Slayer concerts. And while I’m on the subject of Slayer, the riff that heralds ‘War Castles’ could easily have come from Seasons In The Abyss, and just like those unruly thrashers, it’ll tear of your skin and gouge out your eyes.

Being a devotee of His Divine Grace A. C. Bhaktivedanta, the Bhagavad Gitā informs every aspect of John Joseph’s life, but not in a hippy-drippy, beads-and-bangles way. John’s on a mission to save your soul, and to paraphrase Jimmy Greaves: “It’s not a matter of life and death. It’s more important than that”. The rage against animal cruelty and social injustice that powered John’s early career is still very much evident, and it seeps through every note of Souls. That attitude is best exemplified by the aptly-titled ‘Relentless’, a track that offers not a sliver of sonic redemption, and it’s all the more powerful for it.

Those of us in the know always realised what a seminal band the Bad Brains were, but with Napalm Death and now Bloodclot covering their songs, hopefully the general populace will catch on. Brains’ vocalist H.R. was a big influence on John, musically and spiritually, so you get the feeling that he’s repaying a few roots on a spirited version of ‘How Low Can A Punk Get?’. It makes for a cataclysmic conclusion, and one you won’t forget in a hurry. 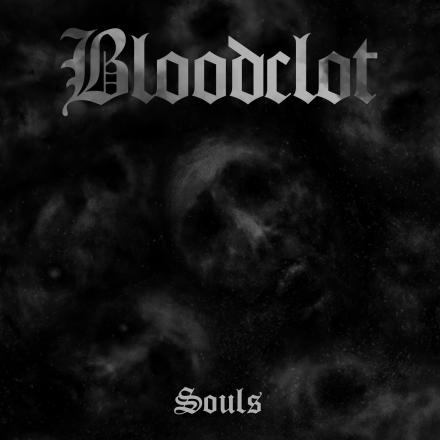