This time from Blood Harvest Records we have three releases, one album and two 7” EPs. From Portland, Oregon’s Shroud Of The Heretic comes their debut full-length, Revelations In Alchemy; from Spanish one-man band Necroven we have the two-track EP Descent Into The Cryptic Chasm; and from Chile’s Ceremonial we have a four-track EP entitled Ars Magicka.

For more from Blood Harvest Records, you can check out their Website or give them a listen on Soundcloud or over at Bandcamp. Want updates? Go ‘Like’ them on Facebook.

But for now, let us the death metal depths plough. You can read them all or click the band names above to go directly to their review.

Shroud Of The Heretic – Revelations In Alchemy

Unlike most bands that find themselves tagged with and objecting to the adjective occult, with their debut full-length, Revelations In Alchemy, Shroud Of The Heretic have fully embraced it. From the symbolism of the artwork to the evocative depths that continue to unfold with every play of the album, from the haunting chasm of ‘The Arrival’ to the devastating denouement of ‘Blasphemous Rebirth’, this is an unearthly, otherworldly, and decadent delight.

Where death metal bands have a tendency to drench their works in reverb, Shroud Of The Heretic appear to be masters of its usage, giving varying depth as well as textures to the tracks. ‘Heretical Screams’ for instance, despite being a dense track of bone-grinding riffs, ominous drums, and demonic vocals, becomes so much more, its dimensions opening up as the track proceeds and paving the way for the remainder of the album. Doom heavy and deathly shaded, the tracks lumber and rage their way across the void until the ninety four second hollow ‘The Adversary’ appears and crashes into the monolithic might of the title and the closing track. With the vocals used for adding shade more so than drawing attention to the lyrical content, where once there was the vaguest hint of light, there is to be found darkness and Shroud of the Heretic are its masters. Bilious, dense, and impenetrable, this is a vacuum, one that will draw you in and keep you there for an eternity. Astounding. 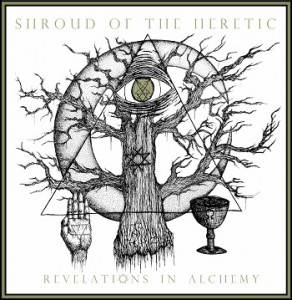 The one-man band of Spain’s Jonathan Reina, Necroven have been spewing out releases since 2011. With a couple demos and a full-length, 2012’s Worship of Humiliation (in the player above), to their name, don’t worry if you’ve not heard of ‘em before. Just be thankful you have now. With a mysterious and densely layered atmospheric, both tracks are colossal, the unending onslaught of riffs and the walls of menacing noise that continue to cascade threatening to not just pulverize  but drag you into another dimension. This has been out a while but it’s well worth checking out. You can thank me later. 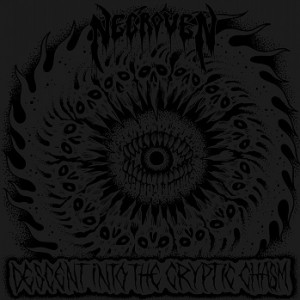 From Chile, Ceremonial are a brutal bunch continuing in the tradition of the old school. Every riff, every beat, every cymbal crash, and every reverb and echo-drenched grunt is ferocity itself. They see no point in wallowing in the slower tempos if their mission to mock the origins of ignorance and create magickal metal is to be successful. Nope, the high gears are where they belong. And there they sit, blasting out one offensive after another. Ruthless and required listening. 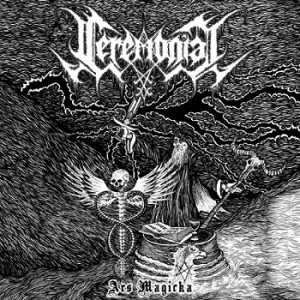