Hammering home the horror in the home of metal…

Last seen in Birmingham as support to With The Dead (read our live review here), California’s Beastmaker are an extraordinary entity. ‘Heavy’ is a far from adequate description of their sound. ‘F*cking heavy’ followed by a few exclamation marks and a couple bruises and broken bones might go some way maybe. Rough around the edges, raucous and razor-sharp in the riff department, their set is a burst of unremitting energy. Guitarist / vocalist Trevor Church – think a young, sweaty Charles Manson with a Misfits tattoo – with his stoned vocal tones and fiery lead work, is an energetic frontman and a complementary contrast to the inspired rhythmic and melodic cool of bassist John Tucker. And sat behind them is skins-man Andres Alejandro Saldate, a drummer much deserving of his band’s Facebook nickname, ‘Juan Bonham’.

As for the set, with intros from horror classics – Vincent Price from ‘The Abominable Dr Phibes’ for one – being playing from a plugged-in iPhone (the modern version of old school perhaps?), each track is a burst of Sabbath-charged, doom-fuelled, riff-laced, down-tuned heaviness. And as track by track they win over an unsuspecting and rapidly receptive audience, Trevor, desperate to return to California merch-less, implores that as they have only medium and large left we purchase a T-shirt because, as he says, “Americans are all fat”. Much chuckling ensues and in response to one audience member’s demand, Beastmaker close out with Misfits ‘The Strain’. A track that they claim to have never pulled off, they deliver with as much fire as they can muster. A band to keep an eye and ear on, let’s hope Birmingham sees Beastmaker back again sometime soon. 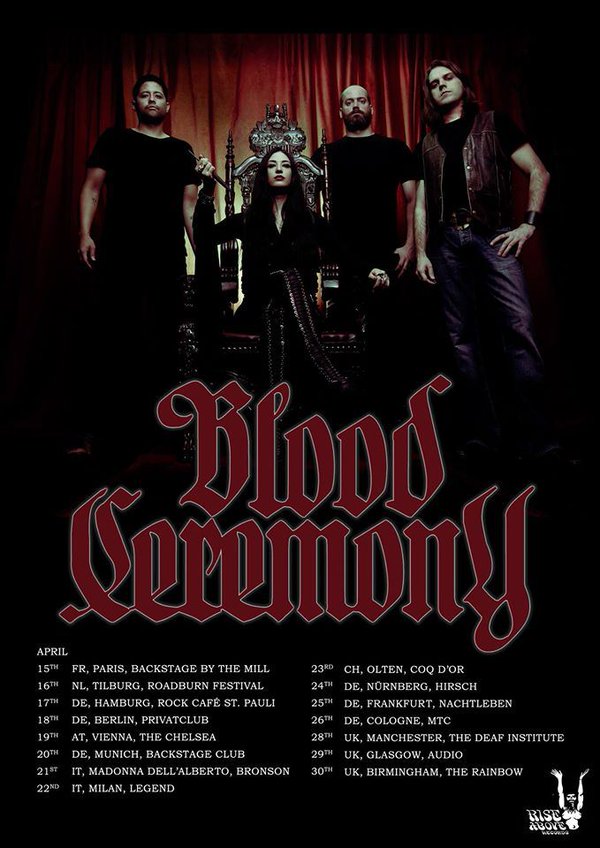 Blood Ceremony’s latest album Lords of Misrule is, like its predecessors, the embodiment of Tull-meets-Sabbath-meets-Hammer-Horror magnitude. The Rainbow, however, is tiny. There being no stage downstairs means that the band are at the same level as the audience and so, as all of the giants in attendance flock to the front, for the first part of the gig, to be part of this crowd is like being the last in line at a very popular peep show. Fortunately, after a song or three, a space appears side stage and I stick myself in it. And so, in terms of musicianship, watching Blood Ceremony from such close proximity is remarkable experience.

Alia O’Brien’s vocals are, of course, sublime. What’s so captivating about her vocal style is how she works within her range, exploiting the balance between dynamics and diction and matching melody with a rhythmic fluidity that, when combined with the wicked grandeur of her organ work and her mellifluous and mesmerising skills as a flautist, captures the essence of the band’s beguiling majesty. Stage left we have guitarist and main songwriter Sean Kennedy, a musician capable as much of unfeasibly heavy hard rock riffs and blazing leads as well as occult-laced acid folk that pervades their exceptional oeuvre.

Bringing melody, might and musicality to the low end is bassist Lucas Gadke whose fingers are rarely at rest. Tap dancing barefoot across his pedals, his use of a Big Muff and a Cathedral Stereo Reverb gives his impressive lines a distinct presence that augments the band’s already voluminous sound. And then there’s the bloke at the back, the drummer. Or in the case of Blood Ceremony, Mike Carillo, the guy that effortlessly – effortlessly – kicks, tickles and caresses the kit with an understated and yet overwhelming power. And together, they can drag us down into the doom, heave us into the heavy, move us into the macabre and the mystical and fling us into the folk at the casting off of a cowl. And they make it all look so effortless. Bastards. 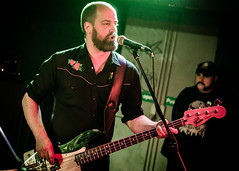 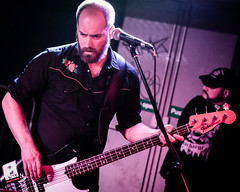 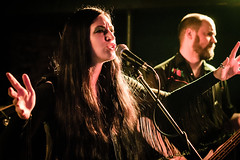 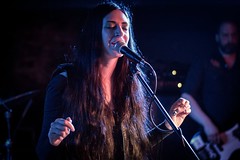 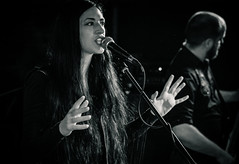 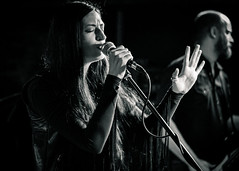 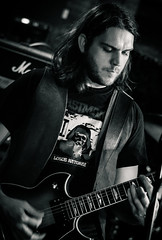 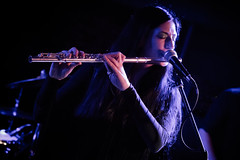 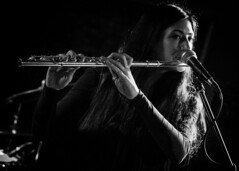 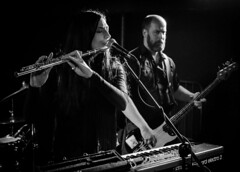 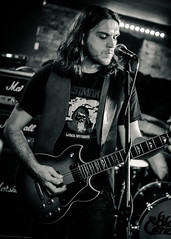 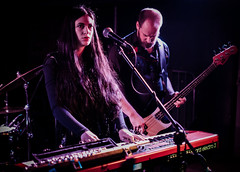 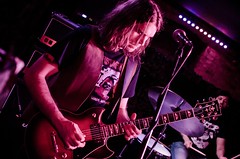 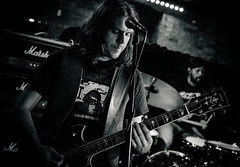 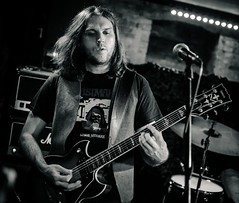 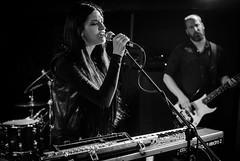 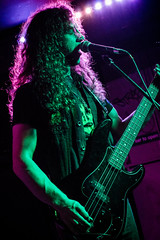 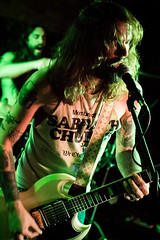 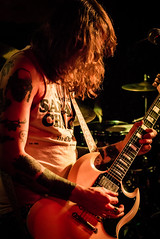 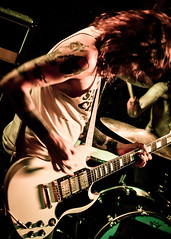 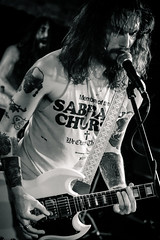 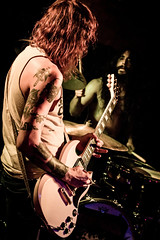 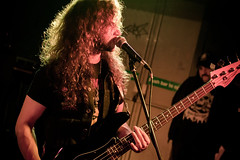 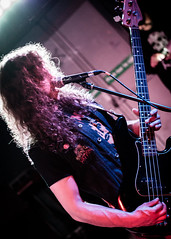