Despite the recording of this album being completed a couple of years ago, with the world finding more time for nature and the great outdoors there could not be a better time for it’s delayed release. That said Ritchie Blackmore decided to go back to basics both musically and in his lifestyle almost 25 years ago with his Renaissance, Medieval, Folk-Rock unit Blackmore’s Night a decision which now seem very appropriate. It’s been six years since their last album of new material All Our Yesterdays although 2020’s Christmas E.P. bridged the gap somewhat. Ritchie and wife Candice Night with a little help from a 7 piece band of minstrels as well as the rest of the Blackmore/Night flock explore “the story of nature being the true Queen” with this their 11th album Nature’s Light. The content mirrors the simplicity of the life that the pair have chosen for themselves and invites the listener to open their eyes to the world we live in and to make the most of it.

Leading off with typical Blackmore’s Night (renaissance) faire of gentle acoustic guitar ‘Once Upon December’ (a rework of an old Italian song by Owain Phyfe ‘Fuggi, Fuggi, Fuggi) & ‘Four Winds’ introduce the natural themes that the album is built upon with plenty of tambourine shaking, mandola and medieval pipes before we join the real party in the castles banqueting hall for a jolly old knees up on ‘Feather In The Wind’. Hurdy-Gurdys galore. One of two instrumental tracks on the album ‘Darker Shade Of Black’ is up next with it’s dark church organ intro it is a welcome respite from full on renaissance and with both acoustic and Ritchie’s trademark electric guitar becoming the mainstay of the track this will bring a curl to the edges of any Rainbow fans mouth. The return to a more traditional flute/whistle accompaniment to Candice’s soft tones for ‘The Twisted Oak’ followed by the title track ‘Nature’s Light’ which along with ‘Going To The Faire’ feature the Blackmore clan with children Rory and Autumn on backing vocals. This track really shows that Candice doesn’t play second fiddle to her more legendary husband within the Blackmore’s Night format. ‘Der Letzte Musketier’ (The Last Musketeer) as with the previous instrumental track is a homage to Ritchie’s electric past with it’s Hammond organ sounds and electric brilliance aplenty. ‘Wish You Were Here’ is a re-recorded version of the 1997 Shadow Of The Moon song with a much more “Man In Black” guitar sound laid under Candice’s ever enchanting vocal. Second family track ‘Going To The Faire’ celebrate both nature’s call and the coming together of the people, something we surly all long for. The festivities come to a conclusion with the epic water based ‘Second Element’ where the acoustic strum builds into some absolutely amazing soloing before going full circle during it’s close. Nothing like finishing on a high.

The album is released on Digital, CD, double CD including bonus disc of Blackmore’s Night highlights as well as Limited Edition Yellow or Black Vinyl. No matter what you think of Blackmore’s decision to leave the rock world behind after firstly Deep Purple and then Rainbow… and then Deep Purple again… and then Rainbow again he certainly seems to have found his happy place. If for you it is just a treat to hear the man pick up any stringed instrument whether it be a Stat or a hurdy-gurdy this is for you. If you’re longing for the Ritchie of old (but not medieval old) throwing shapes around the neck of his guitar move on. Follow the band’s signing to earMUSIC in 2020 a full re-release of their back catalogue is expected soon. 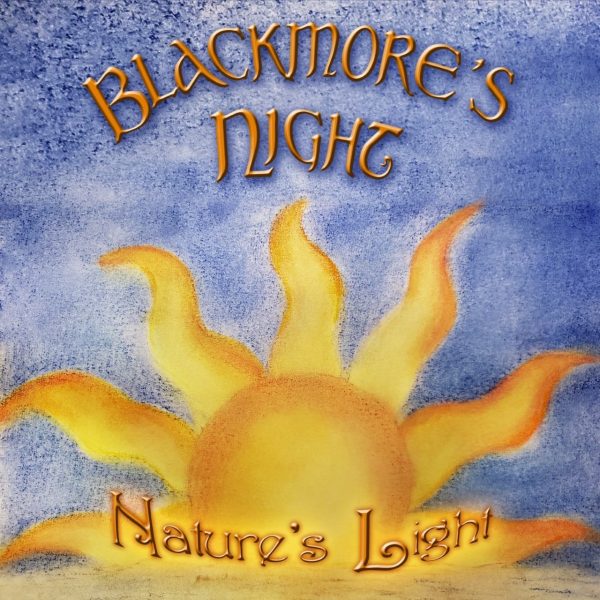