I’ve never been a massive fan of covers bands but considering the fact that the embers of Blackberry Smoke were formed from the ashes of one such band performing covers of Rolling Stones and AC/DC tunes in a bar in Atlanta, Georgia, I guess they do have their merits. Blackberry Smokes latest album You Hear Georgia comes three years after Find The Light their third UK top 20 album in a row and twenty years since the band formed in the aforementioned Atlanta. Still with a stable line-up of Charlie Starr (Vocals/Guitar), Paul Jackson (Guitar), Brandon Still (Keyboards) and the Turner brothers Richard and Brit (Bass and Drums respectively) the band along with producer Dave Cobb selected the ten songs which would make up their latest opus from the hundreds of ideas collected by Starr during lockdown. For this release the band were joined by touring guitarist Benji Shanks, Preston Holcomb on percussion along with a host of guest musicians including Sherie and Sherita Murphy better known as The BlackBettys, a vocal duo who have performed in front of Presidents, Prime Ministers and UN Ambassadors.

With BS you get no BS and they certainly know what their fanbase want to hear and continue to deliver with this, their seventh full length studio album. Straight away we get down and dirty in typical Blackberry Smoke style with loads of funky bass and bottom end rhythm on ‘Live It Down’ with it’s incendiary chorus it opens proceedings before title track ‘You Hear Georgia’ slides in on its slow but heavy groove with it’s moral about the “Hillbilly” prejudice experienced by the inhabitants of the Southern States. A full on country lilt takes over on ‘Hey Delilah’ which intensifies for ‘Ain’t The Same’, it’s female backing vocals supplied by The BlackBetty’s and ‘Lonesome For Livin” which is a full on cowboy bar room ballad led by country star Jamey Johnson on vocals and influenced by the late great George Jones who passed away in 2013.

The Warren Haynes (Gov’t Mule/Allman Brothers Band) co-write ‘All Rise Again’ bringing things back up and rocking out with Haynes sharing vocals with Starr giving it a gritty edge. ‘Old Enough To Know’ is an old school country ballad co-written by Travis Meadows who worked with The Smoke on Find A Light and The Whippoorwill and marries acoustic guitar with Starr’s folky slide. Definitely a tune for around the campfire. Back to more familiar territory on ‘Morningside’ as Turner drives the pace with his rattling drum beat while Starr and Jackson’s twin lead guitars lifts the central section. Pumping boogie in the mould of Quo is the recipe for ‘All Over The Road’ which has an out and out driving down the highway feel and supplies the most uptempo moment of Blackberry Smokes latest set. Ricky Medlocke (Blackfoot/Lynyrd Skynyrd) joins Starr’s writing team for the closer, ‘Old Scarecrow’ a song that doesn’t reinvent the wheel but certainly adds a few spokes.

So where do Blackberry Smoke sit in today’s musical landscape? Southern rock? Blues? 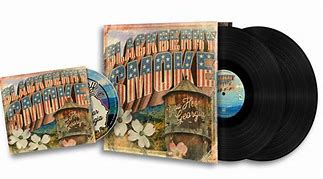 Country? Bluegrass? Americana? Well on this release I think they firmly raise the flag up the country pole. The question is does this make them too country for the rock fans and too rock for the country fan? Who knows? But I don’t think the band really care as long as it keeps them out on the road peddling their wares to those willing to listen. Available on CD, download and double vinyl with etched side four (including a limited edition in very funky orange marble vinyl) I suspect we have another top 20 UK album in the making. 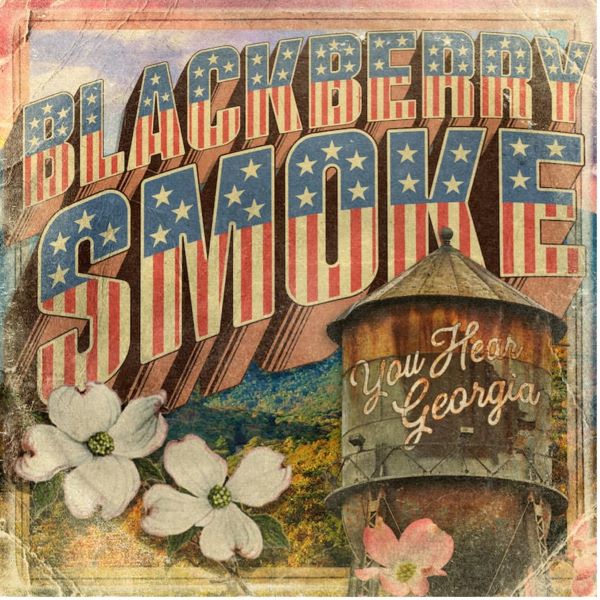