Black Stone Cherry have released In Love With The Pain, the third new song to be taken from their forthcoming seventh studio album, The Human Condition, set for release on 30th October via Mascot Label Group. A video for the track, directed by Mike Rodway can be watched below.

Black Stone Cherry tell us “In Love With The Pain is one of the unexpected classics that we didn’t even know we needed! We wrote that song years ago with a couple friends of ours, Scott Lindsey and Stephen Styles, with the intention to pitch it to another artist. However, it kept making its way back into our minds while listening to old demos. So we decided to give it a chance and re-worked it to put our BSC stamp on it, and we are so happy we did! It’s now a favorite!”

The Human Condition is available in digital, deluxe CD and vinyl formats, with an array of music & merch bundle options, including limited edition coloured vinyl versions (red is available at UK indie stores, purple from Amazon UK and silver directly from the band’s online store). Pre-order now at: smarturl.it/BSC-MLG. 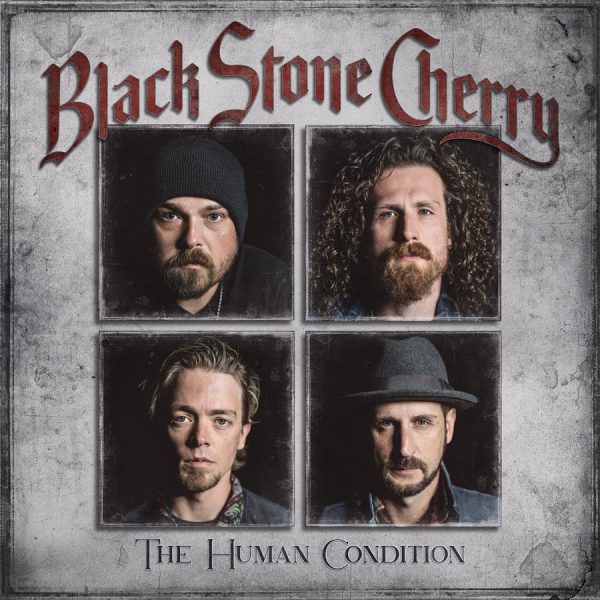 The Kentucky band also recently announced Live From The Sky, a live-streaming event that will broadcast on 30th October to coincide with the release day of The Human Condition. The band will be performing tracks from the new album for the very first time live, along with hits, deep cuts and various fan favourites. Tickets priced at £10 and ticket/merch bundles are available HERE. Fans can create their own bundles from a list of a la carte items and all Live From The Sky dedicated merchandise will only be available while the show is streaming. For those busy at the time of broadcast, you are still able to purchase tickets and watch the event for up to 72hrs afterwards. Check out the trailer below.